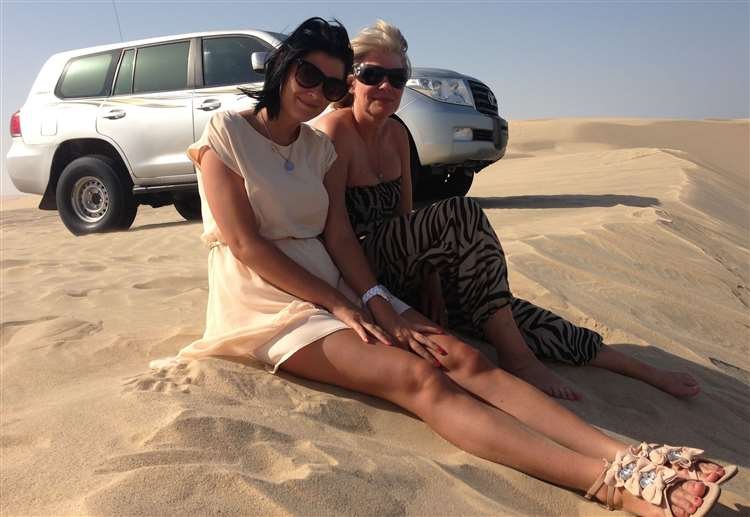 Lauren Patterson pictured with her mother.

The murderer of Lauren Patterson, who had worked for St George's International School in Hamm between 2008 and 2011, "could be released in months" after an attempt to force a court to impose harsher punishment has failed.

The killer of a former school teacher could be set free "in months" as attempts to force a court to impose a harsher punishment have failed.

Then 24-year-old Lauren Patterson, from Kent, was found dead and badly burned in a desert in Qatar in October 2013. Patterson had been working at the Newton British School in the capital Doha before disappearing on a night out.

Badr Hashim Khamis Abdallah Al-Jabr was later found guilty of stabbing the young woman. The murderer was initially sentenced to death - but his sentence was eventually reduced to a 10-year jail term.

An appeal against this decision has failed, and Miss Patterson's mother said the killer could be set free in months. She added that there was a "possibility that he could stay in another four years, but there is also the possibility he could get off for good behaviour."

"Also in Qatar, twice a year they pardon prisoners. So for example he could be pardoned this December on their national day. So he could be out within a couple of months."
She was in favour of reverting the sentence back to the death penalty.

"The death sentence is something they haven't enacted out there I think in 13 years, but I was far happier with that outcome, because then I knew he would remain in prison for life," she said. "I feel sick, angry, but worst of all, I feel I've let my daughter down."

Patterson had previously worked as a teaching assistant in Luxembourg.