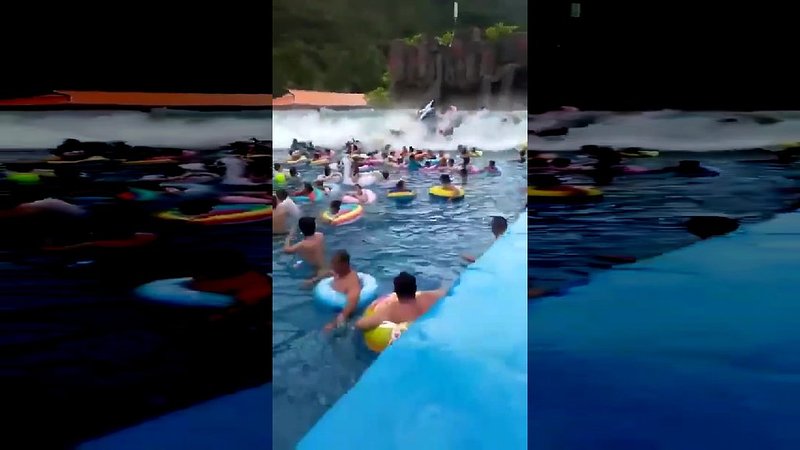 Forty-four tourists have been injured by a bigger-than-expected wave at a “tsunami pool” in northeast China, according to international reports.

Some of the 44 people injured suffered fractured ribs after problems with wave-generating machinery caused the terrifying accident.

Water world Tsunami injuring many in Yanbian, Manchuria. The operator got drunk and turned the wave magnitude to maximum level. pic.twitter.com/PjKTBelPRA

There were rumours circulating that an employee under the influence of alcohol was at the controls at the time of the panic.

A theme park worker told Beijing Times on Tuesday that an “accidental breakdown in machinery” was the cause of the incident.

“Online rumours say that a worker wrongly operated the controls, but in reality it was a problem with the equipment,” the employee was quoted as saying.

The Yulong Shuiyun Water Amusement Park is located in the city of Longjing near the border with North Korea.

The water park is billed as the biggest of its kind in the Yanbian Korean province.