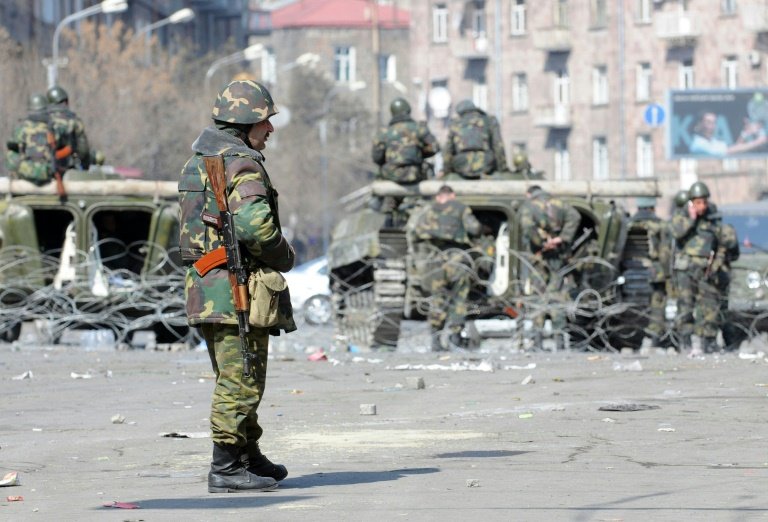 Armenia's jailed former president went on trial Monday over what prosecutors describe as a coup that led to bloody protests but he insists is a politically motivated case.

Robert Kocharyan led the ex-Soviet nation for a decade up to 2008 when his hand-picked ally Serzh Sarkisian was elected.

He stands accused of tipping those presidential polls in Sarkisian's favour and faces charges of "overthrowing the constitutional order".

Dozens of Kocharyan's supporters rallied Monday outside the Yerevan city court, holding placards that read "Kocharyan is a political prisoner" and "Political vendetta."

Hearings started at 1000 GMT in a tiny courtroom packed with journalists.

Dressed in a grey business suit, Kocharyan looked unperturbed and smiled at supporters in the audience who shouted "Freedom".

The 64-year-old told AFP the case was brought against him because of new leadership that pushed out his successor in a popular uprising last year.

"What is happening to me is nothing less than lawlessness," he told AFP from prison in written comments sent via representatives.

"The current Armenian political authorities have declared me guilty, and the judicial system now serves this political master."

The former head of state faces up to 15 years behind bars if convicted.

After the 2008 election, tensions erupted into violent clashes between riot police and supporters of the defeated opposition candidate, who denounced the vote as fraudulent.

Sarkisian led the South Caucasus nation until April last year when he was forced to resign because of mass protests against his rule, spearheaded by current Prime Minister Nikol Pashinyan.

In 2009, Pashinyan was arrested for organising the 2008 post-electoral protests and sentenced to seven years in prison, but was released on a 2011 amnesty.

Kocharyan was arrested in July last year, then briefly released but re-arrested again in December and has since then remained in pre-trial detention.

"I was a non-partisan president who acted without favour or prejudice," Kocharyan told AFP.

Defence lawyer Hayk Alumyan told AFP that "the immediate goal... is to obtain his release from pre-trial detention".

"The entire process may take several years," he added.

Kocharyan claimed that Armenia's current authorities "are not especially enthusiastic to find out" who bears responsibility for the deaths because of "fear of revealing extremely undesirable facts for the current government." 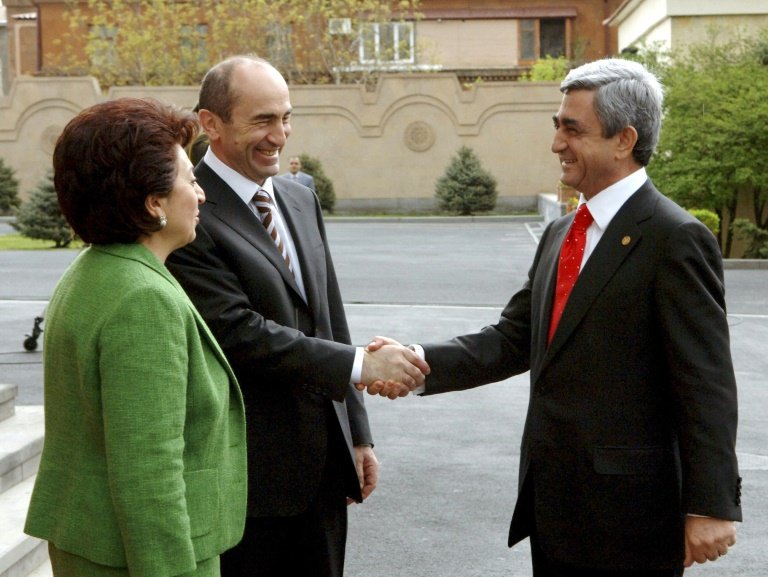 "They have focused instead all their efforts on the fabrication of politically motivated charges against me."

He said Pashinyan "has a direct motivation to rewrite history in order to whitewash himself and shift responsibility for the events of 2008 to others."

Pashinyan launched a sweeping anti-corruption crackdown on former elites when he came to power last May.

Critics accuse pro-Russian Kocharyan of amassing an immense fortune through corruption, an allegation he denies.

Kocharyan's presidency saw one of the bloodiest events in Armenia's post-Soviet political history -- a terrorist attack on the Armenian parliament in 1999.