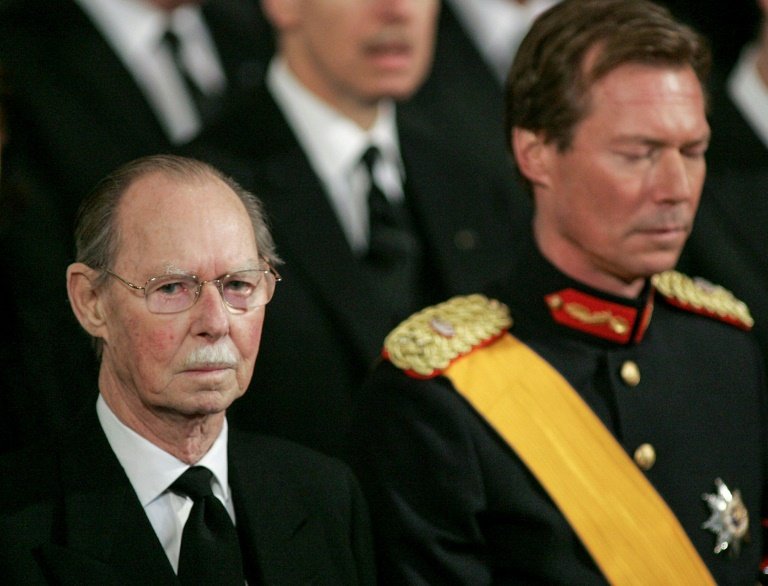 Luxembourg's Grand Duke Jean, who reigned over his country for 36 years before abdicating in 2000, has died aged 98, his son Henri announced Tuesday.

He had been admitted to hospital earlier this month for a pulmonary infection.

"It is with great sadness that I inform you of the death of my beloved father, His Royal Highness the Grand Duke Jean, who has passed away in peace, surrounded by the affection of his family," Grand Duke Henri, who succeeded his father in the largely ceremonial role in 2000, said in a statement.

Luxembourgers have remained very attached to Jean, who was a soldier in the British army during the Second World War, and participated at the D-Day landings.

"His disappearance is a great loss for the Grand Duchy and for Europe", tweeted European Commission president Jean-Claude Juncker, a former prime minister of the country of about 600,000 people wedged between Belgium, France and Germany.

Jean's last public appearance dates back to the end of March, during a forum organised by his daughter-in-law Grand Duchess Maria Teresa to fight against sexual violence in war zones.

Born on January 5, 1921, Jean de Luxembourg was the son of Grand Duchess Charlotte of Luxembourg and Prince Felix de Bourbon of Parma.

After studying in Luxembourg and Britain, the heir to the throne joined the Irish Guards in 1942, a unit of the British army.

He married Princess Josephine-Charlotte of Belgium, sister of the former Belgian kings Baudouin and Albert II, in 1953. She died in January 2005.

Jean became the Grand Duke after his mother abdicated in 1964.