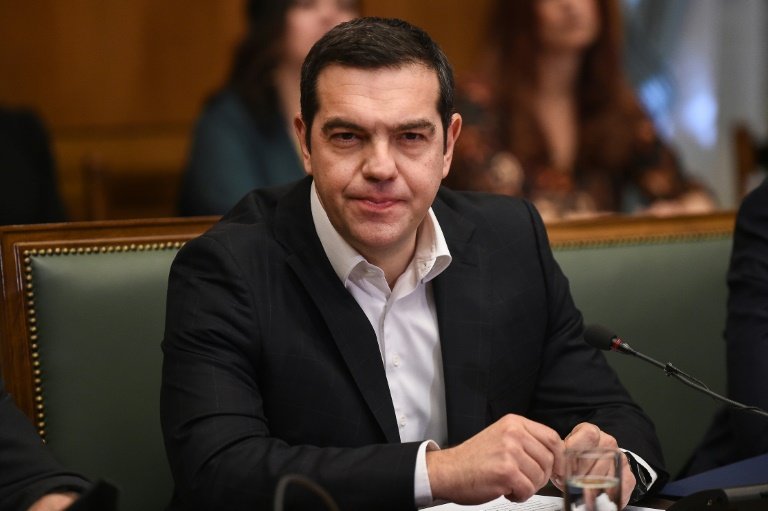 Greece's parliament has voted to revise several articles in the country's constitution, aimed at fighting corruption, which political rivals say is a ploy by Prime Minister Alexis Tsipras to woo left-wing voters / © AFP/File

Greece's parliament on Thursday voted to revise several articles in the country's constitution, aiming to facilitate the prosecution of corrupt politicians, the prime minister's office said.

The changes must be reconfirmed by parliament after the next election, which is scheduled by October.

Lawmakers agreed to amend safeguards shielding ministers and MPs from prosecution, which has proved a major stumbling block in pursuing several high-profile graft cases dating back to the early 2000s.

A 2003 case linked to bribes allegedly paid for a navy frigate upgrade is also under investigation.

Specific changes to the constitution articles are still under debate and another vote is to be held next month.

Thursday's revision will also affect presidential election rules so that parliament does not have to be dissolved in case of deadlock.

In 2015, elections were triggered after three successive presidential votes in parliament failed to agree on a candidate.

Planned changes also include the introduction of a political oath for state officials, and the definition of the Greek state as "religion-neutral".

Political rivals have dismissed the constitutional revision as a ploy by Prime Minister Alexis Tsipras to woo left-wing voters as he battles to claw back ratings.

Tsipras' Syriza party trails the New Democracy conservatives by between two to 12 points. There is speculation an election could be called as early as May.