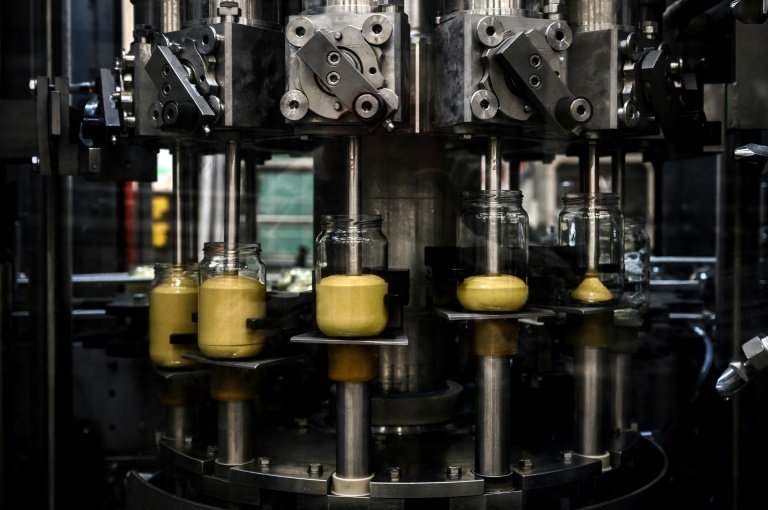 Production of mustard grains in 2021-2022 is estimated to have fallen by 28 percent in Canada, the world's biggest producer / © AFP

Climate change and soaring prices are the seeds of a crisis for France's famous Dijon mustard makers, leaving their prospects looking far more tepid than their product.

The industry's woes are a prime example of the difficulties faced by the food industry as a whole.

Production of mustard grains in 2021-2022 is estimated to have fallen by 28 percent in Canada, the world's biggest producer, according to a Canadian agriculture ministry report.

"Those who want the high-end mustard will have to pay more," he warned.

And when Canada coughs, it's Burgundy, 7,000 kilometres (4,350 miles) away in central France, that catches a cold.

The French region hosts the vast majority of mustard manufacturers but depends heavily on Canadian farmers in order to produce the strong, tangy condiment consumed the world over.

"We're in a crisis we haven't seen for 25 years," said Christophe Planes, French sales director at Reine de Dijon, the third-largest French mustard producer and a subsidiary of the German group Develey.

"The price of seeds has gone up three or four times, and maybe five times soon," Planes added.

"And, on top of that, there is no supply. The scarcity is such that we have a potential 50 percent decrease in seeds... so our production is down 50 percent."

To exacerbate the situation the prices of all packaging materials are spiralling. 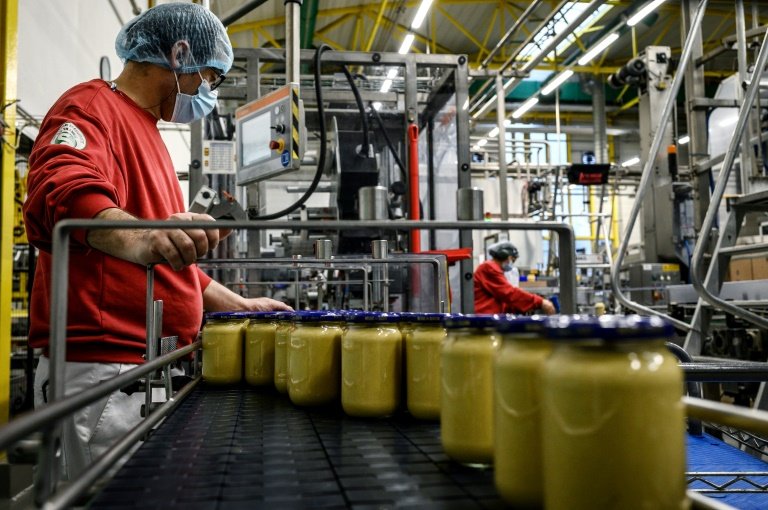 "Every day, I am told of an increase. The impact on overall prices is more than 60 percent," Planes told AFP.

Marika Zimmermann, industrial director of the company based near Dijon, underlined the problem.

"Normally, our production lines work 120 hours a week. We are currently at 60 hours on average".

Marc Desarmenien, director of the Fallot mustard factory, the last independent Dijon mustard mill in Burgundy, can list the individual increases his company has faced.

Burgundy white wine, another key ingredient has doubled in price due to a late frost which severely cut last year's harvest.

The mustard maker, which exports half of its production to Japan, also points to the hugely increased cost of sea freight, which he said had "multiplied by 4.5 or even 6 times" and represents 10-15 percent of the selling price. 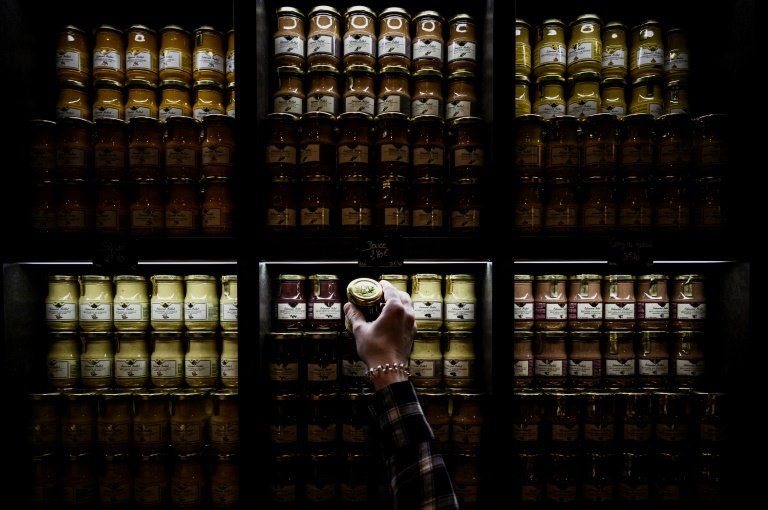 Fallot has already decided to increase the price of its mustards by between 7-16 percent next year.

To ease the company's problems, Planes would like to limit its dependence on Canadian suppliers and "push mustard seed production in Burgundy".

But Fabrice Genin, mustard seed producer at Marsannaye-le-Bois in Burgundy and president of the Association of Burgundy Mustard Seed Producers (APGMB) has a concise response to that idea: "It's impossible."

Local production of the seeds for the French mustard industry used to be widespread, gaining Dijon its strong reputation since the Middle Ages.

But more recent history has seen a sharp decline in production, due to the globalisation of the trade and competition from countries with higher yields.

After efforts to revive mustard seed production in France, local farmers are now suffering from global warming which, "for the last 3-4 years, has caused an increase in insect populations", Genin explained.

"Sometimes, there is no production at all. The industry is no longer allowed to use insecticides, which are authorised in Canada," he complained.

In Burgundy, seed production has therefore fallen from 12,000 tonnes three or four years ago to 4,000 tonnes in 2021, "while mustard manufacturers might order 16,000 tonnes from us", he added.

"We are afraid for the future," Planes said, summarising the industry's woes.

He hopes 2023 will be better for Reine de Dijon and the whole mustard industry but fears even more price increases will stir the pot.