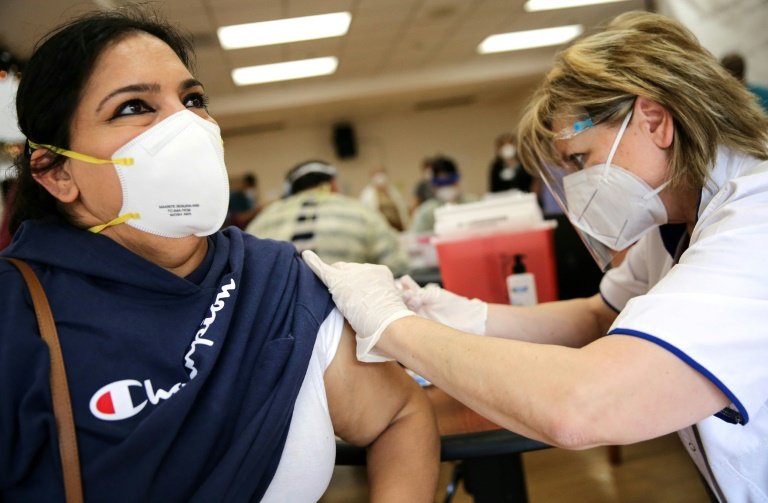 New US Covid-19 cases have declined by 61 percent compared to the peak level of January 8, health officials say / © GETTY IMAGES/AFP/File

New US Covid-19 cases have declined by 61 percent compared to the peak level on January 8, officials said Friday, as they announced troops were being deployed to support the national vaccine campaign.

Centers for Disease Control and Prevention (CDC) director Rochelle Walensky said that latest official data from February 3 showed new infections were down to approximately 121,000, while hospitalizations were down nearly 42 percent and the pace of deaths appears to be slowing.

"While the data are moving in the right direction, context is important because cases, hospital admissions, and deaths, all remain high and well above the levels that we saw in the summer and early fall," Walensky said during a briefing by the White House's Covid-19 Response Team.

The Department of Defense meanwhile announced it had approved 1,110 active duty members to assist at five federal Covid-19 vaccination centers. That number could eventually rise to 10,000.

The new administration of President Joe Biden has set its sights on delivering 150 million doses of Covid shots in the first 100 days of office -- a challenge made all the more pressing by the emergence of new variants of the coronavirus that are more transmissible and reduce the efficacy of vaccines.

To this end, Tim Manning, the national supply chain manager for the Covid response, said the government was invoking emergency legislation called the Defense Production Act to give Pfizer priority access to the raw ingredients for its vaccine.

The legislation is also being used to help deliver 60 million more point-of-care or at-home tests by summer, and to increase the domestic manufacture of surgical gloves.

The US Food and Drug Administration is meanwhile examining vaccine data submitted to it by Johnson & Johnson, ahead of a meeting by an independent advisory panel on February 26.

The panel is likely to advise in favor of emergency use authorization (EUA) given the positive data announced from J&J's multi continent trial, which found the single-shot vaccine overall 66 percent effective, but highly protective against severe Covid.

An EUA would follow soon after, bringing a third vaccine into the picture, with vaccines by AstraZeneca and Novavax on the horizon.