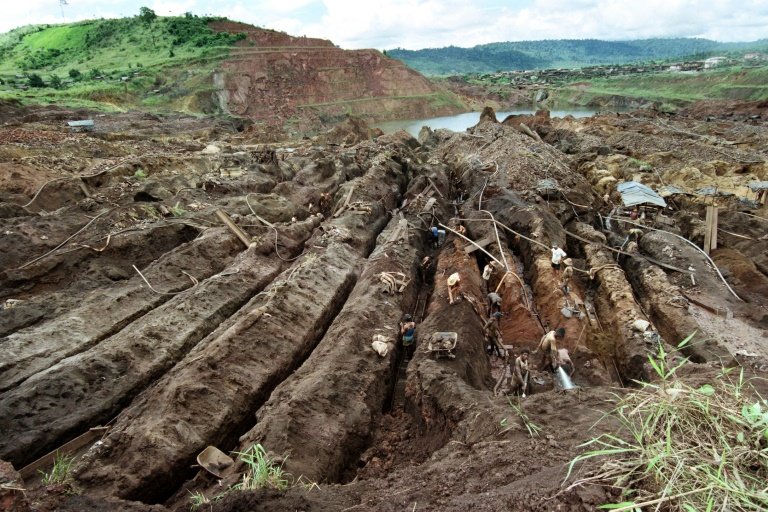 The high levels of mercury in the Brazilian Amapa region are being caused by illegal gold mining, according to a researcher from the country's World Wildlife Fund office / © AFP/File

Nearly one-third of the fish in the Brazilian Amazon state of Amapa have such high levels of mercury caused by illegal mining that they are dangerous for human consumption, according to a new study.

Scientists from the World Wildlife Fund's (WWF) Brazil office and three Brazilian research institutes found startling levels of mercury in more than 400 fish collected in five regions of Amapa, on the border with French Guyana.

"The level surpassed safety limits in 77.6 percent of carnivorous fish, 20 percent of omnivores and 2.4 percent of herbivores," they said in the study, published in the International Journal of Environmental Research and Public Health.

"Four of the species with the highest concentrations of mercury are among those most widely consumed" by humans in the region, it added.

Eating more than 200 grams (seven ounces) of those species could be harmful to a person's health, it said.

The high levels of mercury in the region are being caused by illegal gold mining, said conservationist Marcelo Oliveira of WWF-Brazil.

"This study brings to light damning data on the level of destruction being caused by illegal gold mining in the Amazon," he said.

Brazilian President Jair Bolsonaro faces criticism for pushing to open up protected lands in the Amazon to mining and agricultural activity.

Activists say that will only accelerate the destruction of the world's biggest rainforest.