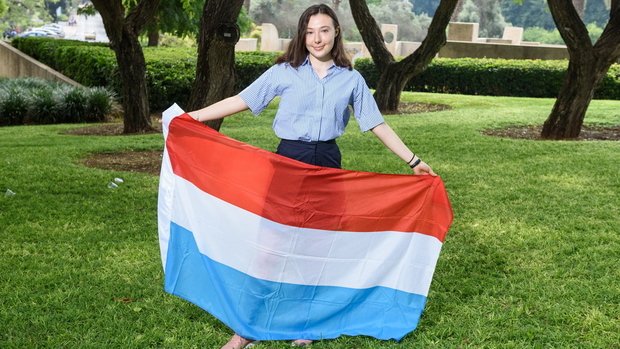 For the very first time this year, the Foundation Jeunes Scientifiques Luxembourg (FJSL) – with the precious support of the Foundation Matanel – was able to send a laureate of the national contest “Jonk Fuerscher” to the International Summer Science Institute (ISSI) in Israel.

During this year’s contest “Jonk Fuerscher” Camilla Hurst, student of the University of Oxford, won this prestigious award. Camilla has had a prolific past with the FJSL: at the age of only 18, she has already won prizes at four national contests in addition to the 4th prize in her category at the 2017 International Science and Engineering Fair in Los Angeles.

Her new project in engineering: "The Wheelchair Accessibility Belt (WAB)” is a prototype of a complimentary device, which can manufactured at low cost and easily be attached to the wheel independently by the user to increase the traction between the wheelchair and the ground, thereby facilitating accessibility to the outdoors for wheelchair users. She states in her project, that the inclusion of disabled people in outdoor activities increases both their mental and physical health, which the WAB can facilitate and thus promote.

A month-long program full of research, field trips and unforgettable experiences:
From July 2nd – 25th 2019, Camilla fully immersed into scientific research in the campus labs: during the first three weeks, she was paired up with young scientists from Australia, South Korea, and the United States for an experimental investigation of their common project. In addition to attending lectures by Weizmann Institute scientists, she conducted field research in
the Judean Desert and the Negev, acquainting her with the unique ecological, geographical, geological, zoological, and archaeological characteristics of the area.