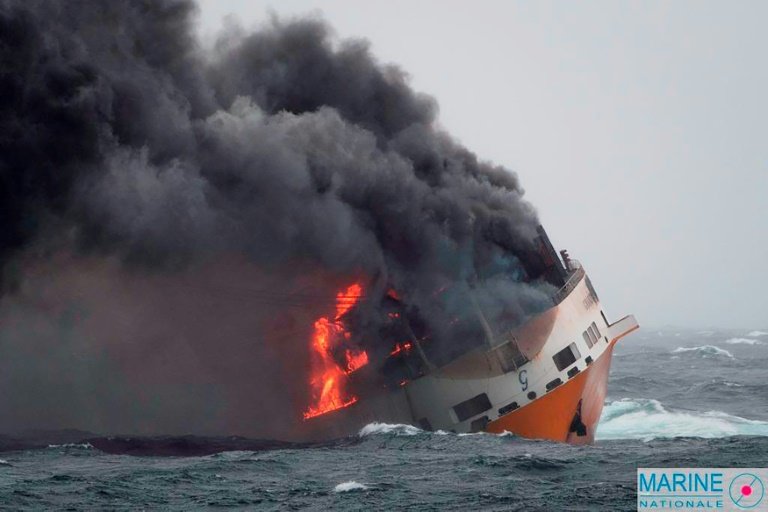 French authorities are bracing for the arrival of an oil slick that is creeping toward its southwest coast and should make landfall on Sunday or Monday.

The 10-kilometre (six-mile) by one-kilometre oil sheet was first spotted by a French naval aircraft on Wednesday afternoon, after a fire aboard an Italian cargo ship that sank Tuesday 300 kms west of the town of La Rochelle.

In addition to 2,200 tonnes of heavy fuel the "Grande America" had onboard, it was also transporting 2,000 cars and 365 shipping containers, 45 of which held dangerous materials, including a hundred tonnes of hydrochloric acid and 70 tonnes of sulphuric acid.

"There is a risk, so we must do everything to reduce it and to reduce the impact of pollution of our coasts," Environment Minister Francois de Rugy told BFM news channel.

The 214-metre long ship was sailing from Hamburg, Germany, to Casablanca, Morocco, when a fire broke out on Sunday. 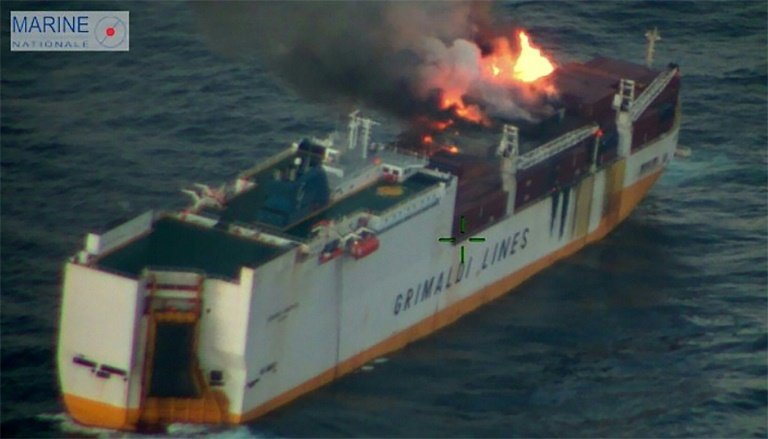 All 27 people on board were safely evacuated before the it sank.

Forecasts show fragments of the slick reaching parts of the Atlantic coast by Sunday or Monday.

French authorities aim to limit the impact of the spill by deploying four ships and preparing for a cleanup operation on land.

"[This shipwreck] is problematic," said Christian Buchet, director of the Centre of Ocean Studies at the Catholic Institute of Paris, in an interview with RTL.

"Everything that burned -- the containers, the drums of hydrochloric and sulphuric acid -- that doesn't disappear. It goes up into the atmosphere."

The cause of the fire is unknown, but it is believed to have broken out on the car deck before spreading to a container, according to Jean-Louis Lozier, head of the regional maritime authority.

"Dilution in the ocean would not have serious consequences for the environment," Lozier said. 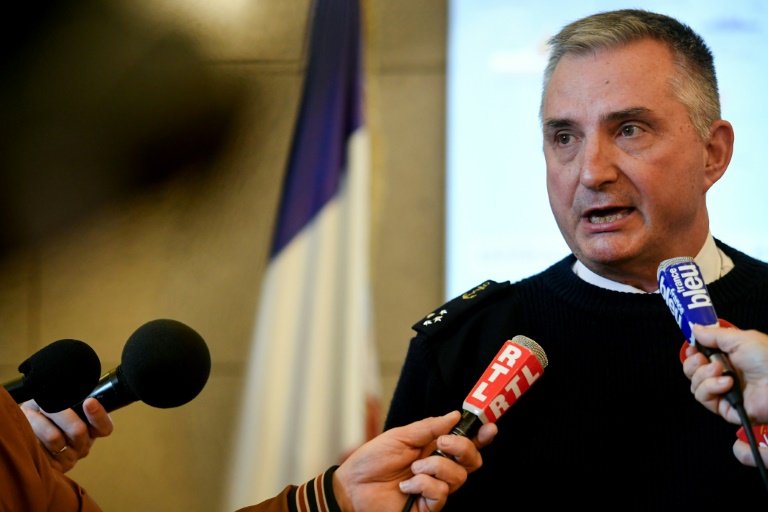 The fire aboard the Grande America is believed to have broken out on the car deck before spreading to a container, said Jean-Louis Lozier, head of France's regional maritime authority / © AFP

He added that the pollution risk posed by the chemicals "would be very localised."

But not everyone agrees.

"The major threat for the ocean is acidification," explained Buchet. "The ocean absorbs our pollution and it is dying because of it."

"Two thousand vehicles -- it's a car crash at the bottom of the sea, representing hundreds of tonnes of toxic materials in an area very rich in fish, plankton and marine animals," said the NGO's spokesman Jacky Bonnemains, adding he also feared coastal pollution.

Local authorities have opened an investigation.

But Yannick Jadot, a French member of the European Parliament and environmental activist, believes that not enough has been done to prevent such disasters.

"It's tragic, the laxity that often exists regarding maritime transport," Jadot said, adding that the oil slick would be "tragic for the French coast".

The last spill off the French coast occurred in December 2011, when the cargo ship TK Bremen ran aground in northwest France, losing an estimated 70 tonnes of fuel.