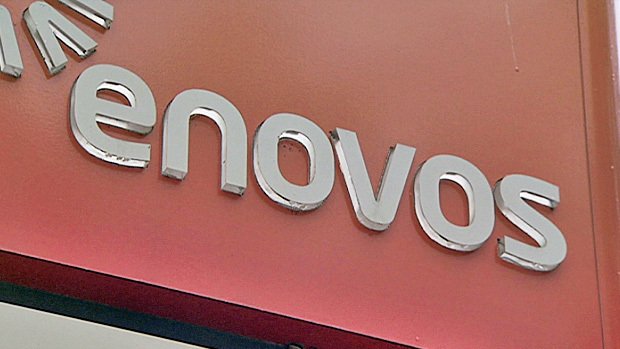 In response to claims made in a Facebook post, an Enovos spokesperson told RTL that the energy supplier did not increase contributions and that any discrepancies are the result of technical difficulties in changing the VAT rate in its billing system.

A customer was left baffled by his payment plan with the Luxembourgish electricity supplier and decided to vent his frustration on Facebook. The man had noticed an interesting little detail on the bill: even though the VAT was lowered from 8 to 7%, the amount to be paid remained the same compared to the previous month, when VAT was 1% higher. 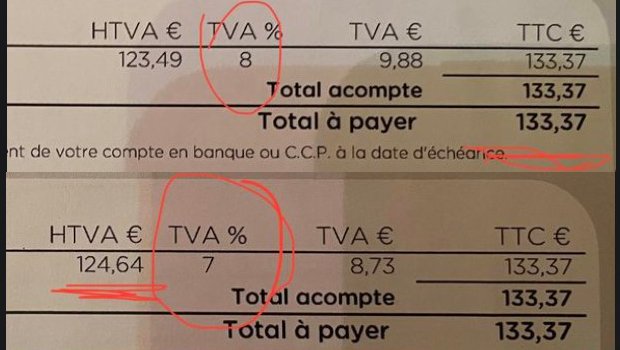 The client assumed that because the value-added tax rate had decreased, the amount of the contribution had to have increased.

When asked for a comment by our colleagues from RTL.lu, Enovos explained that this is "a matter of interpretation." A spokesperson stated that "it is not an increase in the contribution per se, but it is true that the same amount was deducted in January, and this will be taken into account in the advances. The difference will then be credited at settlement."

The spokesperson went on to say that this type of VAT adjustment is "not a procedure that we regularly have to implement in our billing system." According to Enovos, the payment plans "will be updated in February and should then list a slightly lower amount." 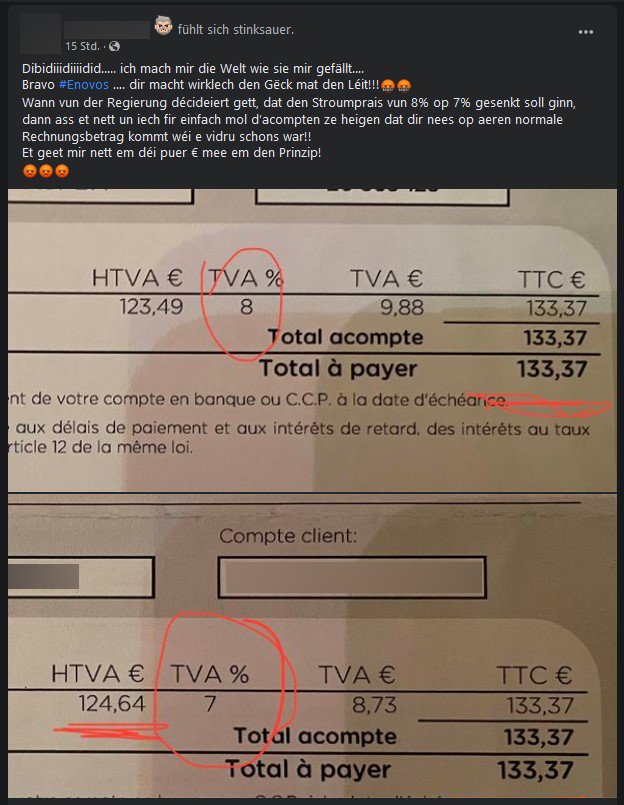