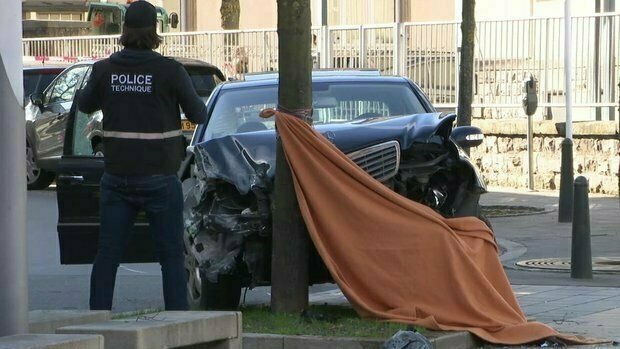 The ex-police officer who shot a motorist in Bonnevoie in 2018 was sentenced to five years in prison, three of which were suspended. He will also pay €21,000 to the victim's widow as compensation.

The reason why the verdict ended up being relatively lenient despite the charge of manslaughter is because the court retained the fact that the fugitive driver had provoked the police officer as a mitigating factor. On the other hand, the court rejected the argument that the former officer acted in self-defence.

In April 2018, a young police officer shot a motorist who had evaded a police checkpoint. The 22-year-old officer later claimed that he had shot in self-defence, arguing that the drunk driver had tried to run him down and he could not get out of the way in time.

This version raised many doubts. A psychiatric report indicated that the ex-policeman had "sadistic tendencies." Former colleagues testified that he had a "law and order" mentality.

The public prosecutor had asked for 30 years in prison for homicide, arguing that the ex-policeman had only waited for an opportunity to use his weapon. The defence had pleaded for acquittal on the grounds of self-defence. The defendant's lawyer is reportedly considering an appeal.