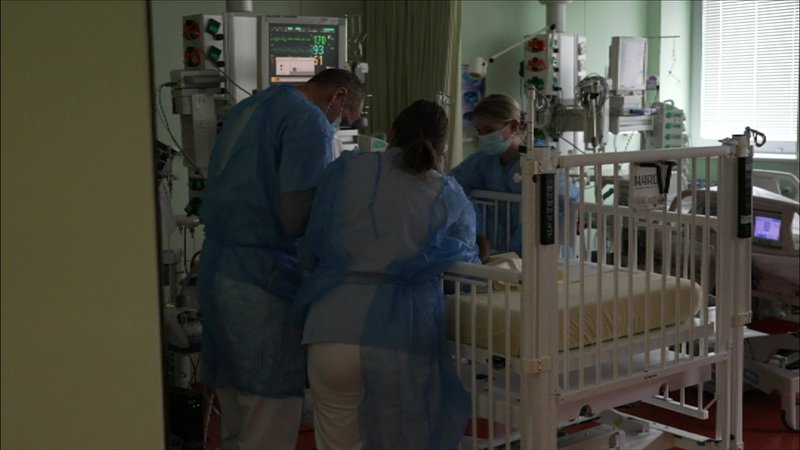 The lessons learned from the pandemic have helped hospitals to deal with the many cases of bronchiolitis in young children.

Minister of Health Paulette Lenert stressed this on Tuesday during a press conference on the lessons that can be learned at European level from the coronavirus pandemic.

RSV cases are at an all-time high across Europe and beyond.

As of 22 November, 45 children were hospitalised in Luxembourg with bronchiolitis, and it is unclear whether the situation will improve.

"Everyone had hoped that the peak is behind us," said the Minister, who visited the Kannerklinik ("Children's Clinic") of the Centre Hospitalier de Luxembourg (CHL) this week to assess the situation. However, the situation remains very serious, and one can only hope that, based on data from other countries, it will soon get better, Lenert explained: "In France, the figures are now slightly down. They were two weeks ahead of us, so we can hope that we have reached the peak and that the figures will gradually go down here too. But I can't really say that today. We need a few days' hindsight to be able to say that the figures are falling."

The Minister describes the situation as "exceptional," as evidenced by the fact that only life-saving operations will be carried out in the paediatric clinic over the next 14 days and the Ministry of Health's decision to allow hospitals to temporarily use nursing staff from the medical reserve.

The Children's Clinic previously set up eight additional rooms in anticipation of epidemics, which are now occupied by 16 young patients. There has been some criticism that parents who stay with their children must sleep in armchairs. This was confirmed by Lenert, who described the furniture in question as "a type of chaise longue." There are, unfortunately, no other options, the Minister said: "In those rooms where we have several children, i.e., two children in principle, it is no longer possible, for technical and safety reasons, to set up two extra beds, because in an emergency, the doctors must also be able to get to the babies quickly." The first priority is to guarantee the safety of the child, Lenert stressed. To allow medical personnel to intervene swiftly, comfort must be "slightly reduced."

The Ministry of Health is aware that the situation is not ideal but argues that hospitals have no choice but to do their best with the means they have to ensure that parents can stay with their child.