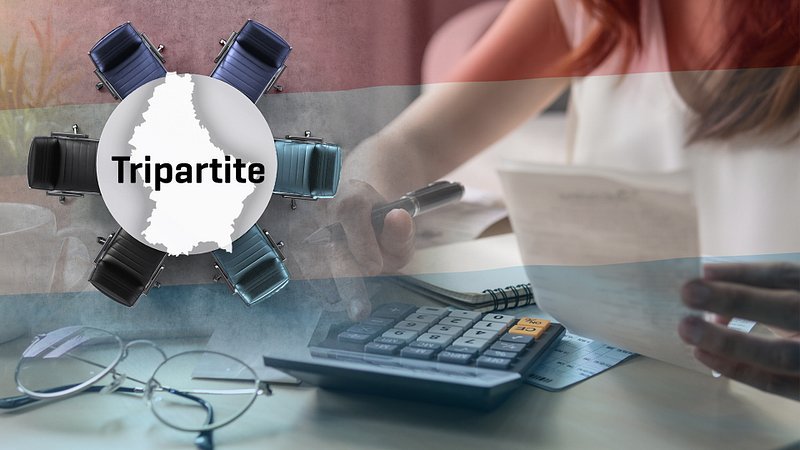 Luxembourg's MPs are currently working on converting the final draft of the tripartite agreement into draft bills.

On Wednesday morning, the special parliamentary committee debated the financial aids for businesses. Minister of the Economy Franz Fayot and Minister for Small and Medium-Sized Enterprises Lex Delles participated in the meeting and stressed the importance of moving forward "as quickly as possible."

To this end, amending existing laws is faster than writing new ones. During the tripartite negotiations, the social partners agreed that businesses would receive financial assistance to help them cope with high energy prices.

Minister Lex Delles explained that this will include aids "up to an amount of €500,000 per company, if the increase in energy costs exceeds 80% compared to 2021." The Ministry of Small and Medium-Sized Enterprises proposes to amend an existing law to speed up the legislative process.

The aids are intended to benefit all businesses, not just those with high energy consumption. Following the meeting, neither side questioned the aids per se. However, the Pirate Party would have liked to see concrete draft bills, while the Alternative Democratic Reform Party (adr) is worried about the European context, pointing out that different countries provide different aids to their companies.

MP Gilles Roth, the co-chair of the Christian Social People's Party's (CSV) parliamentary group, wonders what would happen if a new wage indexation is triggered in the near future. "In that case, we'll have to see whether the assumptions on which the tripartite agreement was negotiated are still valid or not," Roth said.

An additional clause, in which the state pledges to fund a third wage indexation in 2023, was added to the agreement at the last minute. MP Gilles Baum from the Democratic Party (DP), the president of the special parliamentary committee, confirmed the pledge, which will, however, not be included in any new draft bills.

The reason for this, according to Baum, is that the pledge is based on "a hypothesis," and "we cannot base laws on hypotheses." The tripartite agreement is based on projections by the National Institute of Statistics and Economic Studies (STATEC) that there will be two wage indexations next year. The additional clause only becomes relevant in the event that a third wage indexation would be triggered.

On Thursday, Minister for Energy Claude Turmes will participate in a meeting of the special committee. STATEC representatives are expected next week.