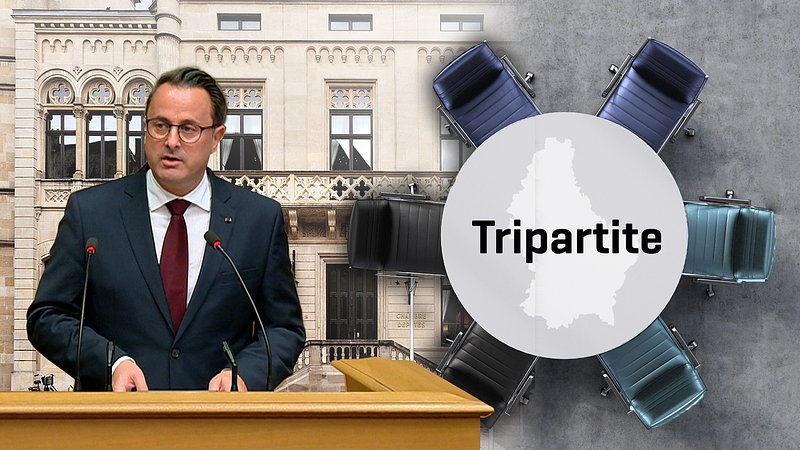 After 30 intense hours of negotiations, the Tripartite agreement will formally be signed on Wednesday at the Ministry of State.

Everything has been scheduled down to the minute: as soon as (a jet-lagged) Prime Minister Xavier Bettel returns from his trip to the United States and Japan, the agreement will be signed at 1.30pm by government representatives, the Luxembourg Employers' Association (UEL), and the trade unions.

After the procedure, Bettel will appear before Members of Parliament at around 4pm to provide further details. Each parliamentary group and political group will have ten minutes to share their point of view on the agreement.

On Friday, the government council will consult on the laws that will implement the tripartite agreement, with a financial scope of almost one billion euros and measures that should bring down inflation so that only one index tranche will be due in 2023.

A 15 cent reduction in the price of heating oil has also been decided, as well as the extension of the cost of living allowance and the energy bonus until the end of 2023, the increase in the minimum wage and the one percent reduction in VAT.