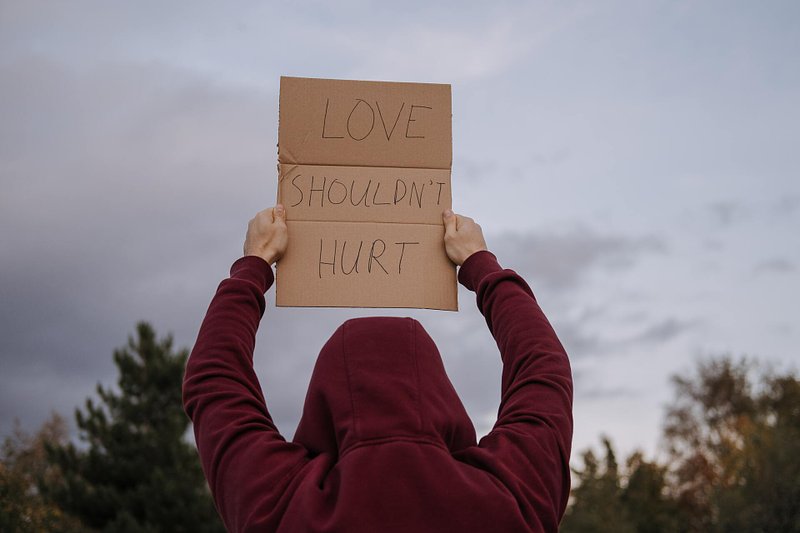 What are the warning signs of domestic violence? Who is likely to be affected and how do perpetrators proceed? VISAVI, a service from non-profit Femmes en Détresse (Women in Distress), explains all.

Violence is power, exercised through the form of someone forcing another person to do things involuntarily. In the context of domestic violence, this usually takes place during or after a relationship. Anyone can end up in an abusive relationship - so what are the warning signs?

Many domestic violence situations start gradually, usually in the form of emotional abuse, obsessive jealousy, and control. These usually go hand in hand with manipulation to ensure the victim does not immediately become aware of what is going on.

Monique Lucas, of VISAVI, a service offered by non-profit Femmes en Détresse (Women in Distress), says most victims only realise they have been in a long-term abusive relationship when they start to recognise something is wrong, which can take time. In the early stages of a relationship, people tend to ignore the smaller warning signs in favour of idealising their partner.

What are the first signs?

A good example of a potentially abusive relationship is when a partner seeks to isolate the victim from their friends and family members, says Lucas.

In this instance, the victim's wish to see their loved ones is often denigrated by their partner, in the form of wishing to just spend time alone as a couple.

Typically, the partner will manipulate the situation by balancing a negative statement - for example, forbidding the victim from going out to dinner with friends - with a positive, such as stating how happy they are to just spend time together as a couple all the time. The victim is more likely to retain the positive statement.

Jealousy and control are other signs, which can be accompanied by no longer having space for oneself, low self-esteem, or low self-confidence. Lucas explains that these are likely to occur as the victim adapts themselves to their abusive partner, as they believe the partner is always right. She adds that it is important to listen to one's intuition.

What are the different forms of violence?

Abusers are likely to exercise more than one form of violence, according to Lucas. Domestic violence frequently starts with emotional abuse, but may also take the form of financial abuse and sexual violence. The best known form is physical violence, which leaves obvious traces.

Psychological violence is designed to target the victim's self-confidence, Lucas explains. Little by little, the victim is more likely to give in, less likely to argue back, and no longer feels as though they can express their own opinion. The abuser may use tactics such as frequent criticism, ridicule and humiliation, as well as insults, to wear their victim down.

Statements such as "You know nothing, you are nothing, you know nothing, that's why it's good that you have me", all leave invisible traces. All the actions of the perpetrator of the violence are often carried out in a subtle way, so that the victim does not notice it immediately, says Lucas.

It is worth noting that everyone has the right to possess their own bank account - a fact which is not as widely known as you might think. Equally, Lucas emphasises that no one is obliged to grant anyone, partner or otherwise, the power of attorney for a bank account if they do not so wish.

Abusive partners often use misinformation to financially abuse their partner, and therefore gain control - for example, making the victim supply them with receipts after shopping. Others may also force a partner to take out an unwanted loan. The abusive partner may use psychological or physical violence to force the victim to submit to financial abuse.

At VISAVI, support staff are often confronted with women who were not informed of a loan when they signed paperwork, says Lucas. There is frequently a lack of information not just on the subject of the loan, but also on the topic of financial obligations or their finances in general. In many cases, victims of financial abuse do not have access to their own money and must therefore ask their partner for money if they require it.

The most common form of sexual violence is rape  - but it is not the only form.

Lucas clarifies that any act which is performed without consent falls under the umbrella of sexual violence. This can include degrading sexual comments, or being forced to watch pornography.

It is vital that victims know they have the right to say no, she emphasises, and that they can decide for themselves whether they participate in any acts. Marriage is not an obligation to submit, she adds.

Anything that leaves more or less visible traces counts as physical violence: hitting, holding, shaking, pushing, throwing down the stairs, burning with a cigarette butt. Here too, an additional psychological violence is exerted, says Lucas.

All of these forms of violence reinforce the victim's feelings of fear and diminish their self-confidence, she explains, as the abuser seeks to demonstrate their power.