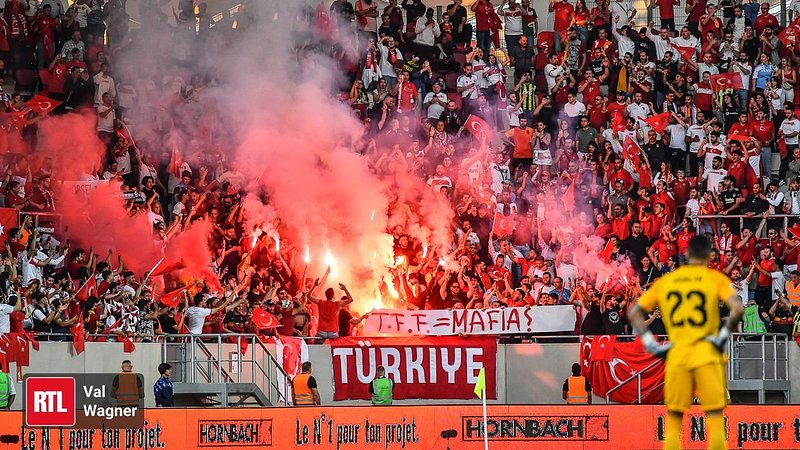 The turbulent Nations League match between Luxembourg and Turkey will not be without consequences for a number of spectators.

As the owner of the stadium, the municipality of Luxembourg City reacts to the incidents that occurred during the Luxembourg-Turkey match on 11 June.

During the Nations League match, which ended in a 0-2 defeat for the Grand Duchy, there was a series of assaults among spectators and incidents occurred on the field when spectators entered the pitch. These events led to much discussion about security in the new Cloche d'Or stadium.

All those who entered the pitch during the match will be banned from the stadium for a period of one year. The ban does not only apply to games but also to entering the Stade de Luxembourg in general during this period. The decision was taken by the municipality of Luxembourg City in consultation with the Luxembourg Football Federation (FLF).

In addition, the FLF will ban these same people from games organised by the Federation for a period of 10 years.