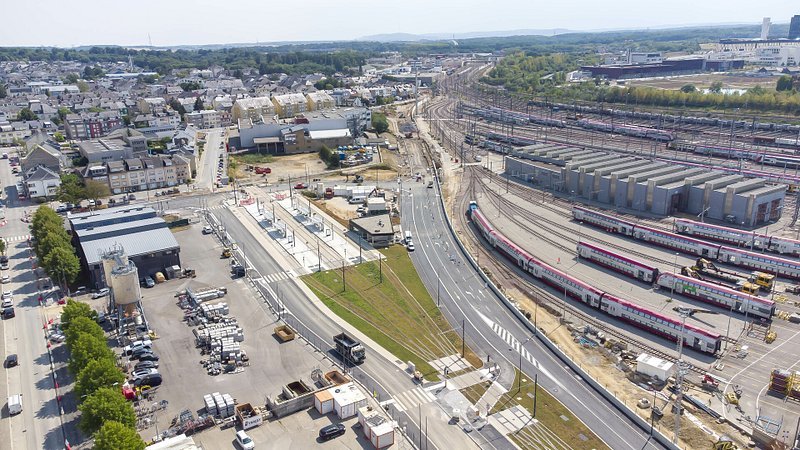 The municipality of Luxembourg City had announced that the new N3 will be known as the 'Boulevard de Kiev', apparently promoting the Russian spelling instead of the Ukrainian one. Now they've confirmed: it'll be 'Kyiv' instead.

Earlier in the week, the municipal authorities announced that the N3 route would be named the 'Boulevard de Kiev' as a 'symbol of solidarity' with the Ukrainian people.

This led to a backlash, with readers and supporters of Ukraine pointing out that the Ukrainian spelling of their capital city is properly transliterated as 'Kyiv'.

In their statement, the authorities acknowledged that since its independence from the USSR in 1991, Ukraine's capital has been known as Kyiv.

By naming the N3 route 'Boulevard de Kyiv', they hope to 'send a strong sign of recognition and encouragement to the Ukrainian people.'

By 2023, the N3 is expected to act as a new entrance to Luxembourg City and help reorganise traffic in the direction of the south. The tram will also drive alongside a limited stretch of the Boulevard de Kyiv.