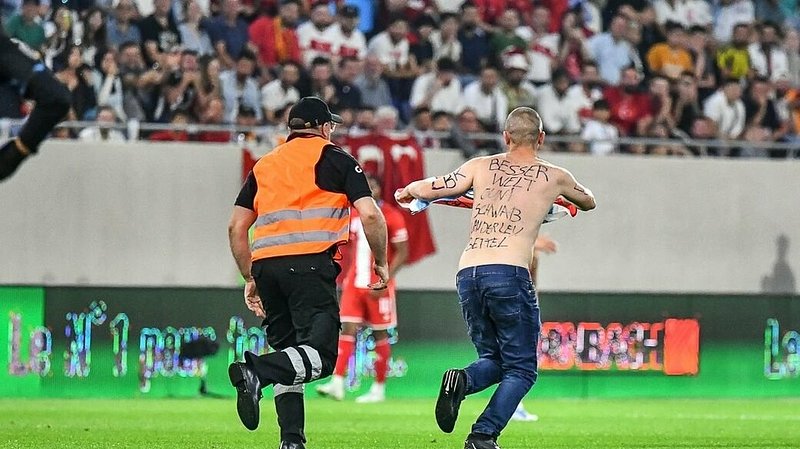 At least one of the pitch invaders has been identified, thereby allowing the Luxembourg Football Federation (FLF) to take measures, reveals a press release issued on Monday afternoon.

During the recent Nations League game at the Stade de Luxembourg, which saw the Red Lions suffer a 0:2 home defeat against Turkey, a number of pitch invaders made it on to the field shortly before the end of the game.

The Luxembourg Football Federation has now released a statement to announce that at least one of the invaders has been identified. FLF will press charges against the individual and will also issue a stadium ban.

The statement further stresses that the Federation "strongly condemns such behaviour", which is why the measures have been introduced.