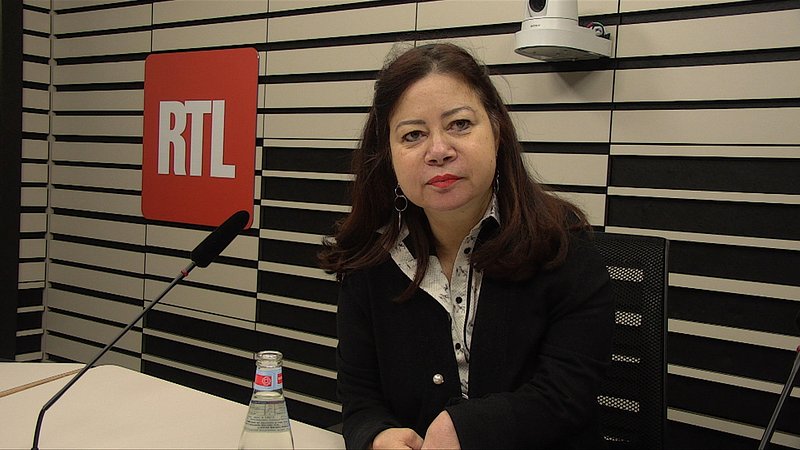 On Wednesday morning, Ombudsman Claudia Monti was a guest on RTL Radio.

For about a year, the government has not called the 'ad-hoc expert group', composed of representatives from different sectors and initially assembled to assess the consequences of the pandemic on society, for another meeting. A decision which Monti described as "regrettable" during her interview on RTL Radio on Wednesday morning.

Monti was one of the ad-hoc committee's eight members. She stated that there would be more than enough to discuss, expressing her satisfaction over the fact that some people have "discovered human rights" during the pandemic, as they increasingly feel backed up in a corner. These problems merit discussion, Monti stressed.

The ombudsman said that there may be a need for further explanations regarding the reasons for certain restrictions and why some criticisms should not be taken quite as seriously. While this does happen to a certain extent, Monti thinks that it is still not enough, stressing the importance of transparency and communication in the current situation.

Monti cited the issue of data protection as an example. Some people now have a problem with the fact that a restaurant owner or employee sees their name during a CovidCheck. However, Monti pointed out that before the pandemic, people also gave their name to book a table and were apparently completely fine with that. With issues like this, it would perhaps help to put everything in context, Monti argued.

The ombudsman called on the ministries and administrations to answer the many questions people have regarding the Covid-19 situation. She argued that this is the only thing that will currently help, pointing out that vaccinated individuals want their freedoms back, while the unvaccinated want to be "reassured and not discriminated against". It is up to the government to reassure these individuals and explain the situation in a comprehensive way, Monti stated.

Monti suggested that she herself could also work with experts, perhaps even with "new people who have not had a chance to speak out so far". According to the ombudsman, in an "exceptional situation" such as the current health crisis, it is paramount to repeatedly reach out to people. This is why, she added, the government should "keep at it" and seek public discourse.

At her own office, the ombudsman has recently seen herself faced with numerous questions that go beyond area of competence of the mediator, Monti explained. She thinks that a potential reason for this may be that people experienced difficulties dealing with other administrations and found it easier to reach out to the ombudsman. In cases like this, her office always tries to get people in touch with the services that can actually help them, Monti stated.

Personally, the ombudsman explained that she has noticed that a lot of people have reached out to her office because of questions related to labour law in the context of CovidCheck at the workplace. There is a lot of uncertainty in that area, she said.

Effects of restrictions are worse in prisons than outside

Speaking about the current Covid-19 restrictions in prisons, Monti stated that it is "not easy" for the prisoners. Inmates have the same questions as those outside, the ombudsman explained, but the effects of restrictions are even worse in penitentiaries. However, the number of complaints to her office, which is also in charge of handling external oversight of the prison, has not increased, something which Monti stated is "surprising" to her.

Prisoners are mainly lacking personal contacts, as visitations are limited and only take place behind Perspex.

Due to the current cluster, the prison administration has decided to extend the health restrictions until 7 December. According to Monti, the administration is "doing its best" to manage the situation. However, with around 530 prisoners, the penitentiary in Schrassig is currently occupied to such an extent that it is "difficult" to take all necessary measures.

During a first vaccination campaign, only a third of the prison population opted to take the jab. However, Monit stressed that "further efforts" have been made in the meantime. Booster shots are now also available to every inmate, who fulfils the requirements. The prison is trying to take a proactive approach, the ombudsman explained.

Against this difficult backdrop, there are also two minors in Schrassig Prison at the moment. While Monti stressed that this is not really the fault of the prison, seeing as the administration just had to deal with the facts it was presented with and tries to make the best out of the situation, the penitentiary is simply not equipped to deal with minors. Monit made it clear that she is "not at all happy" with this situation.

In this specific case, the two individuals in question were initially thought to be adults. A counter expertise, however, later determined that they are in fact underage. Nevertheless, they are to remain at Schrassig Prison until March 2022. Four other minors have in the meantime been transferred to the Unisec facility in Dreiborn.

For Monti, the current situation shows how desperately Luxembourg's youth protection legislation needs to be reformed. Especially seeing as Luxembourg will become a member of the UN Human Rights Council in New York for the first time in its history, the ombudsman pointed out.