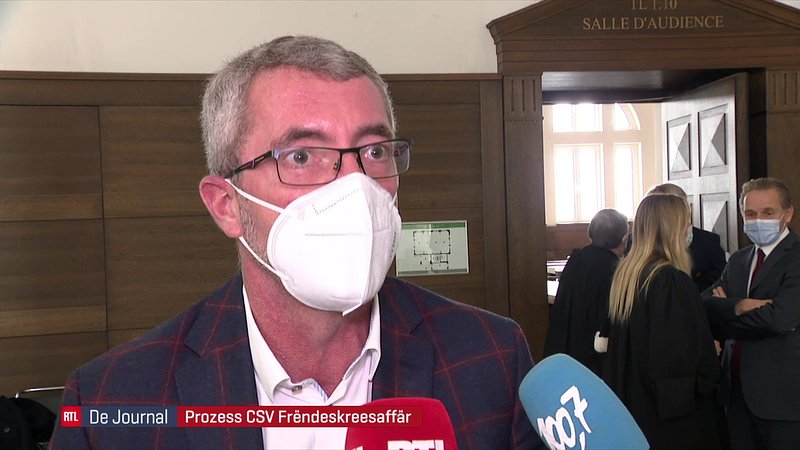 Former CSV president Frank Engel's lawyer addressed the court on Thursday, calling the affair a "coup" against her client.

Day three of the trial was initially planned to be the last - but delays meant the hearing began an hour late and did not conclude in time.

The lawyers could not agree on the legal notice filed with the public prosecutor, saying the lawyer who drafted it had not known all the facts of the case. They argued that Frank Engel had fulfilled his mission and the employment relationship had not been secret, so it was therefore not a criminal case.

Frank Engel's lawyer, Lydie Lorang, described the case as a "coup" by the CSV against the former party president, explained by the simultaneous filing of the case with the public prosecutor, and its release to the press. The timing was also more than coincidental, with congressional elections looming. "As a CSV member, I'm outraged," Lorang added.

The other defendants' lawyers agreed with this assessment, stating their clients had been thrown under the bus in order to remove Engel as president. Lawyer Daniel Baulisch said immense pressure had been placed on those who initially filed the case, by high-profile names such as Gilles Roth and Léon Gloden. One has to ask oneself whether there was no ulterior motive," Baulisch concluded.

The office of Marc Spauz also came under discussion with regard to the management of the CSV's expenditures. Lawyer Frank Rollinger said this office cost around €20,000 and was approved without the opinion of a larger group, without raising questions. To Rollinger, this means the transfer for Engel's social costs would have been normal and a decision made with the party treasurer, with the latter's approval following on at a later date.

The trial is set to continue on Tuesday morning, as the attorneys gathered could not reach a communal agreement.