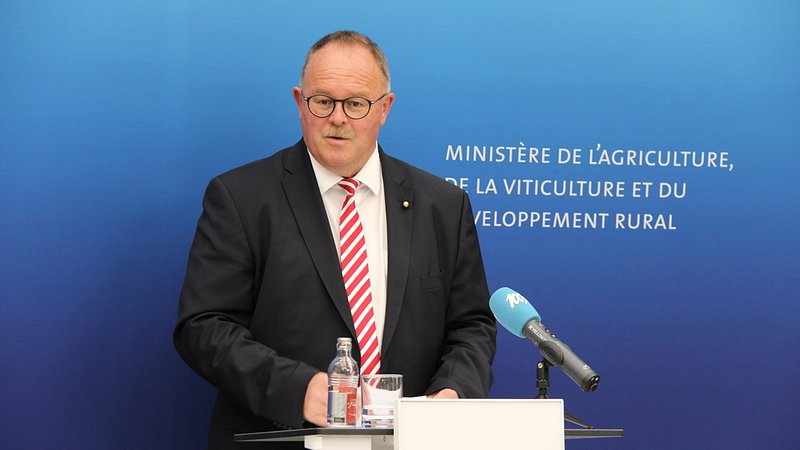 According to information obtained by RTL, the politician from the Luxembourg Socialist Workers' Party (LSAP) does not intend to hold any political office after 2023.

After the announcement by Deputy Prime Minister Dan Kersch that he will not be part of the next government, another LSAP minister made an interesting statement on Wednesday in view of the 2023 elections.

Talking to RTL, Minister of Agriculture and Social Security Romain Schneider got straight to the point, stating that he will "not run in the next elections" and after 2023, he will "no longer be available for a political office".

When asked whether he will finish his mandate, Schneider did not give a clear answer. Instead, the LSAP minister stated that he will have to clarify this "internally" with his party and then make a decision.

While Deputy Prime Minister Dan Kersch has ruled out that he will be a part of the next government, he has yet to announce whether he will be a candidate for the LSAP in the 2023 elections and whether he will carry out his mandate as minister until the end of his term.