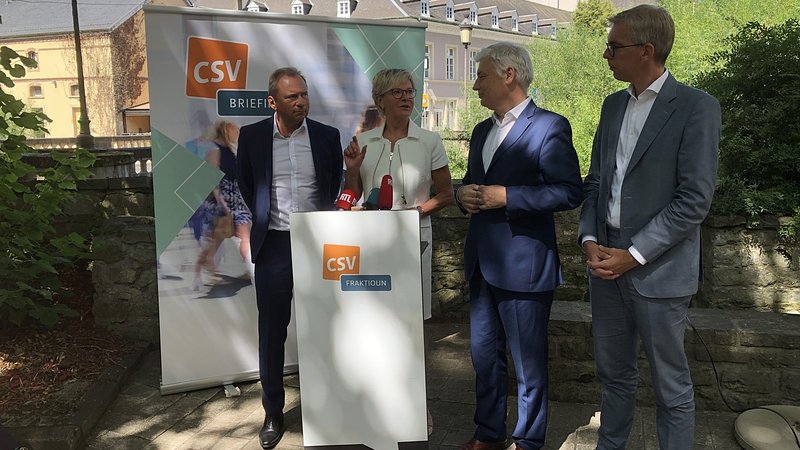 Members from the Christian Social People's Party voiced their dismay over the way in which the parliamentary year has unfolded thus far.

Co-fraction leader Martine Hansen concluded that the Chamber may as well be dissolved if it goes on this way: "This is not worthy of being called a democracy." She further criticised the way in which elected officials, most notably Minister for Family Affairs and Integration Corinne Cahen, ignore the Chamber and refuse to answer the questions of the opposition.

CSV officials also argued that it would be beneficial for the public to have insight into the sessions of the individual commissions: "People would quickly see how the majority deals with proposals from opposition parties."

The party also made use of the occasion to promote their goals for the upcoming year: education, health, security, and housing. MP Léon Gloden, for instance, noted that the use of body cams for police officers should be considered, as well as the possibility of banning individuals to increase safety in the capital.

When it comes to taxes, the conservative party wants to introduce a speculation tax to counteract the housing crisis, one which would not affect direct inheritances however. Confronted with the idea of a corona tax, MP Gilles Roth noted that it is a nice sentiment, but not implementable.

Finally, the conservative party argued that the summer should be used to improve the response system in the health sector and to conduct an in-depth epidemiological analysis of the situation.

© RTL
The photos published on this site are subject to copyright and may not be copied, modified, or sold without the prior permission of the owner of the site in question.
Most read
More news