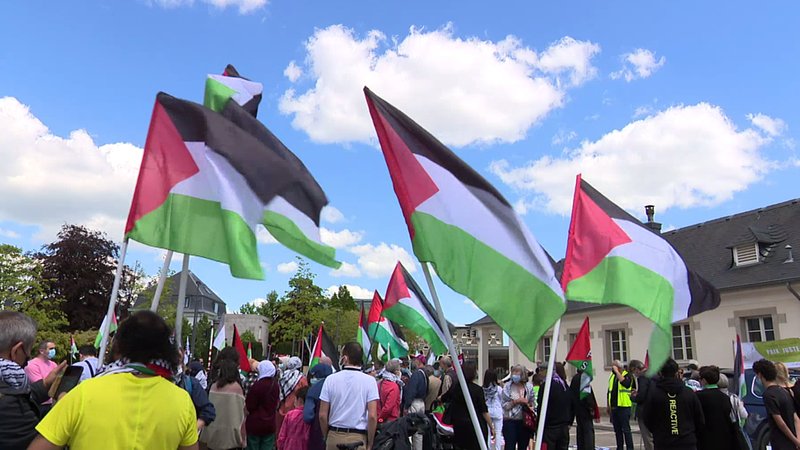 On Saturday afternoon, a large group of people gathered in the capital to demonstrate for a peaceful solution in the armed conflict.

"Free Palestine" was the motto of the protest, with people gathering to demonstrate for a peaceful solution in the armed conflict with Israel. Protestors lamented that Palestinian demands were once again discarded following the recent ceasefire. Close to 200 people came together.

Claude Gregoire from the Committee for a Just Peace in the Middle East commented: "One has to understand that the ceasefire does not solve the preexisting issues. The European Union may praise the 'return to calmness', but one has to ask, is it really that calm for Palestinians?"

With the ever-turning news cycle, people have already switched their attention away from the conflict in question, which angers the Committee. Henri Grün, another spokesperson for the organisation, explained: "After the Belarusian journalist was practically abducted from a passenger plane, EU foreign ministers debated for days on how to proceed, which is of course adequate given the situation. However, in Palestine, journalists are being arrested every single day, just like people are being shot, or thrown out of their houses."

Our colleagues from RTL also talked to Thaer Hamida, who has only lived in the Grand Duchy for the past six months. He elaborated on the differences between his home country and the European nation: "Here, you have a lot of freedom. If you want to go to Germany, you just go. In Palestine, you need to plan such trips weeks ahead, just to make it through security checkpoints."