The humble charity cookbook, “Lëtz Cook - Delicious Dishes from the British Ladies Club of Luxembourg” has been recognised by the Gourmand World Cookbook Awards 2020.

Lëtz Cook won the Best Easy Recipes Book category in Luxembourg and will be participating in the world finals at the end of the year.

The cookbook was published in December and compiled the recipes of BLC members, friends and the local community to raise money for its charities.

The compact, 250-page book contained a foreword by the British Ambassador to Luxembourg, John Marshall and was beautifully illustrated by Wendy Winn. Many of the recipes were accompanied by charming personal tales and insights and not surprisingly, the book sold out within a month of its release.

Dawn Butler, Lara Klemencic and Wendy Casey are the three proud authors. “I am so excited!” exclaimed Butler who was initially contacted by Edouard Cointreau, President and Founder of the awards, and invited to submit Lëtz Cook for consideration.

“We are now in the running for a Best in World placement,” continued Butler who played a key role in the look and feel of the book. “It just goes to show that when you put heart and soul into a project, it does not go unnoticed.” 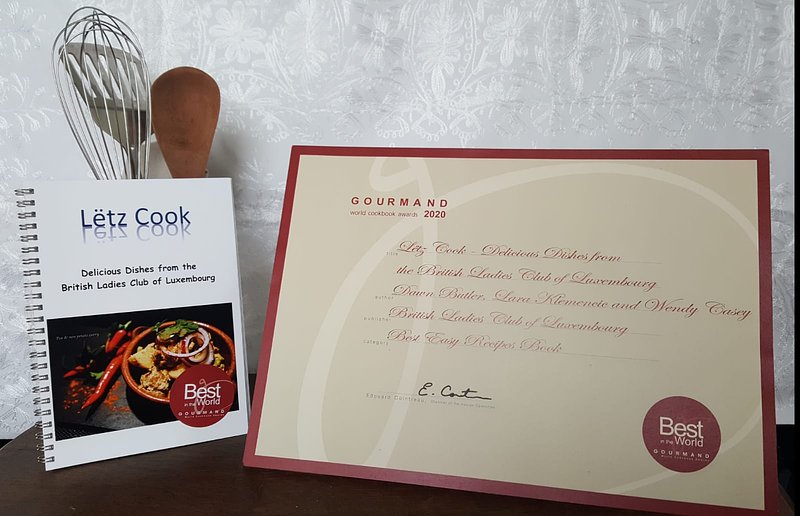