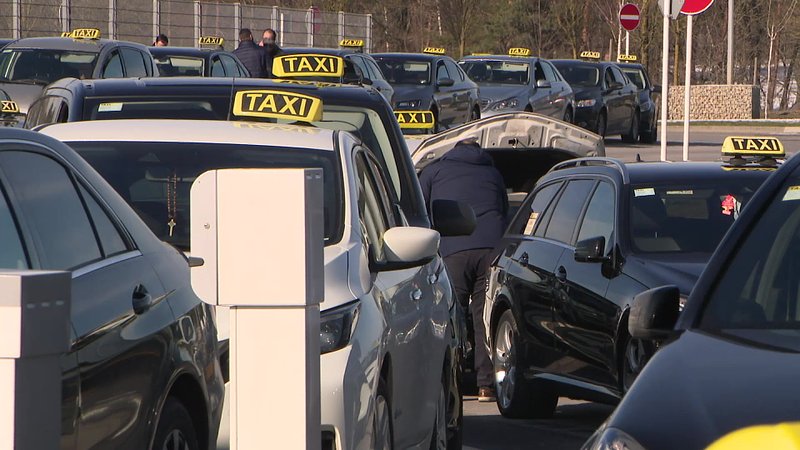 Changes to taxi laws validated on Friday during the government council will include the abolition of geographical constraints, allowing taxis to serve the whole country. The amendment further include compulsory health checks for drivers, abolishing the maximum number of licenses, and allowing private ride-hailing.

"All in all, the aim of this reform is to improve the offer and the quality of the offer for the customer", said Minister for Mobility François Bausch. One geographical zone for the entire country should establish more flexibility. According to the Taxi Federation, however, this would only lead to a desertification everywhere outside the city - and it would certainly not be cheaper for the customers.

In future, there should also be no limit to the number of licenses, this too to liven up the competition. A measure that worries the federation, as Tito Cerveira explains: "At the moment I think we have 550 taxis across the country and we fear that with the liberalisation of taxis and VLCs (private ride-hailing, ed. note) we will have 1,000 or 1,500 taxis in the city."

The Luxembourg Consumer Union (ULC) hopes that taxi prices will finally drop, but the new reform does not touch upon costs. In fact, it may actually have done the opposite, the ULC stressed.

For Bausch price is not the only problem. In his eyes, the sector requires reorganisation in the coming years: "We have over 140 different taxi companies in Luxembourg, for such a small territory. And I have always said that this is not really a healthy situation. But it may be necessary... to regroup on platforms and thereby become more efficient than today. But that is the objective we have."

The proposed reform of the Taxi Act will apply from 1 January 2022 at the earliest. According to the minister this would be sufficient time for taxi companies to take action.

One of the new realities, for instance, is the advent of services like Uber, a private ride-hailing platform. They should be treated just like regular taxis, said Bausch, also called "VLCs": "What was important to me was that we do not do anything where people are protected, i.e. unregistered without health insurance and pension funds. Now they are on an equal footing with taxis, and such a platform requires an establishment permit." It will also require exams, just like taxi drivers.

The main difference between a VLC and a classic taxi will be that you can take a taxi spontaneously and pay for what is on the taximeter at the end. A VLC must be ordered in advance and the price will be determined by the customer at that moment.