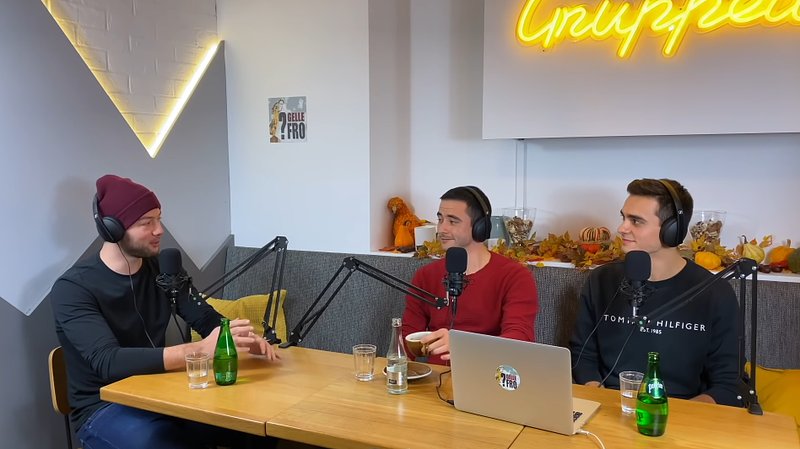 Eric Rolgen was a guest on the second episode of the new podcast series and let fly a number of comments around the national education system, which have caused a minor stir over the past couple of days.

"Becoming a substitute teacher is great, you earn around €40 per hour and don't have to do anything. I can only recommend it to everyone!" That was the introduction to the much-discussed podcast segment, which has now drawn an official reaction from the municipality of Differdange.

YouTuber Eric Rolgen, who worked as a substitute teacher for one and a half years, discussed his experience in the national education system on the podcast. Throughout the segment, he conveys how he used somebody else's application to get the job and conducted it with minimum effort. He further acknowledges that he lacked the qualification for the position and struggled with authority in some classes: "After all I was there to teach, not educate children."

Rolgen concludes that some of Luxembourg's primary schools have greater numbers of undisciplined children, denoting Differdange a "shit municipality" and elaborating on a particular incident, where he was called a "son of a bitch" by a boy in 3rd grade. He went on to discuss a subsequent meeting with the pupil's mother, who he went on to insult during the podcast.

The video segment was reposted on social media several times and caused a minor stir over the past couple of days. The municipality of Differdange has now issued a press release, in which it denounces the insults and defends the local schools. "We know that our demographics are particular, but diversity is our strength, not our weakness."

Rolgen has taken a position on his own YouTube channel. He apologises for some of his statements, acknowledging that he should have chosen his words more carefully. "Still, the overreaction is ridiculous. And people pretend as if they never insulted anybody in their lives."