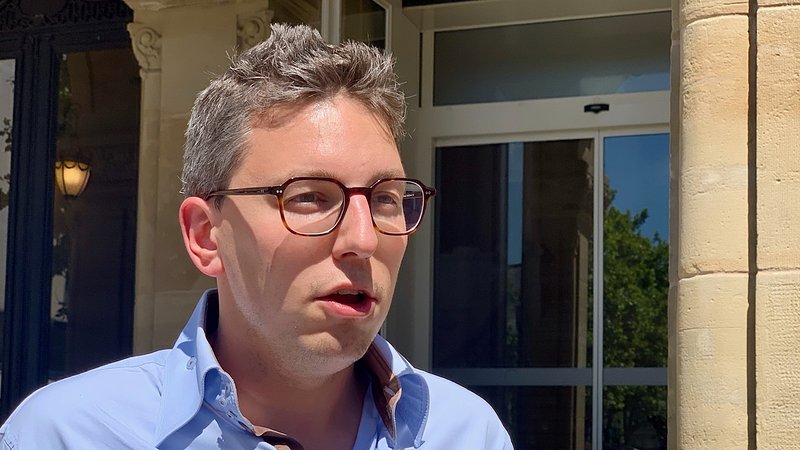 On Monday, the opposition parties reacted to the new Covid measures, which the administration announced last Friday.

While the announcement of the new measures and restrictions were made last Friday, the legal documents are to be discussed this Monday by the MPs of the Chamber's health committee:

Meanwhile, the opposition had some frank criticism for the administration's actions: "completely irrational", "an absolute no-go move", "a cry of despair". These statements were made by Marc Baum (The Left) on Monday morning during an RTL interview. The MP was especially surprised by the curfew, a procedure which has not been instigated in Luxembourg since World War II. Instead of targeting the concrete problem areas, the general population is now under constant surveillance, Baum elaborated:

"To be honest, I was truly astonished on Friday when the entire education sector was not mentioned at all during the press briefing. Nothing about public and school transport either, although the organisation of the latter is in desperate need of revision. On top of that there's the contradiction of telling people to stay home and simultaneously keeping the Horesca sector open."

Baum believes it had been more constructive to close the sector and arrange adequate financial support. He further accused the administration of "breaking with their own strategy". Despite the Large-Scale-Testing system, all warning mechanisms failed to alert the authorities, the MP concluded. His biggest concern remains the level of unpreparedness, he underlined:

"Everyone knew a second wave would come in Autumn. It was only a question of time, but it's here now and we have to act, urgently! And I cannot help but observe that nothing seems to be ready, no laws, no strategy, no implementation. I am sure there were other ways than adopting the French curfew. So, my biggest point of criticism is the lack of preparation undertaken over the past 4 to 5 months."

MP Sven Clement (The Pirate Party) joined in the questioning of governmental measures. He believes it to be a simplistic view to throw all restaurants and bars into the same category and blame them for infection spikes. Clement claimed it was nonsense to fight the virus according to particular time periods, while other situations remained ignored. He thus offered similar criticism to the administration as his opposition colleague Baum, elaborating on the issues of schools and public transport. Clement thus emphasised:

"We do not question that the virus spreads in bars and restaurants, but we doubt that a curfew is the most efficient way to tackle this issue. Countries that have already adopted this restriction have not displayed significant improvements. Furthermore, we wish that the administration should a little more coherence in their approach to the pandemic."
Clement also explained that he would see extended mask regulations as a more productive way to fight the spreading of the coronavirus. He finally conveyed that he was seeking out five MPs to generate leverage in the vote on the curfew. He approves all other measures taken by the administration.

CSV representatives lamented the failure to initiate timely counteractions. Party president Frank Engel accused the administration of having been in possession of the respective data, but failing to recognise the urgency of the numbers. "Nobody believes they were in control on Wednesday, only to allegedly lose it 48 hours later", he stated in an RTL interview on Monday.

Engel also criticised the lack of preparation, underlining that the Chamber should not be blamed for the duration of the procedure: "We are constantly running behind on this issue, although we had an entire summer to prepare."

CSV will however support the new restrictions. Engel thus underlined his belief that curfew infringements should be heavily punished so that the measure can bear fruits.

Fernand Kartheiser (ADR) also talked to RTL on Monday morning. Although the severity of the situation should not be underestimated, the MP considers the curfew an inappropriate measure. He thus argued for a balanced approach between reasonable restrictions and personal liberties, and stated: "Punishing the entire population for some problematic areas is a complete overreaction!" Kartheiser further lamented the lack of universal measures for different sectors, joining in the criticism of public and school transport.

On the other hand, ADR does not support the position that restrictions were taken too late, arguing that the administration possessed more information than the Chamber. Kartheiser therefore noted that his opposition colleagues from CSV, who desired a tracing app, would be over their heads. The MP concluded that one would have to await the analysis of the legal texts on Monday to determine further steps.