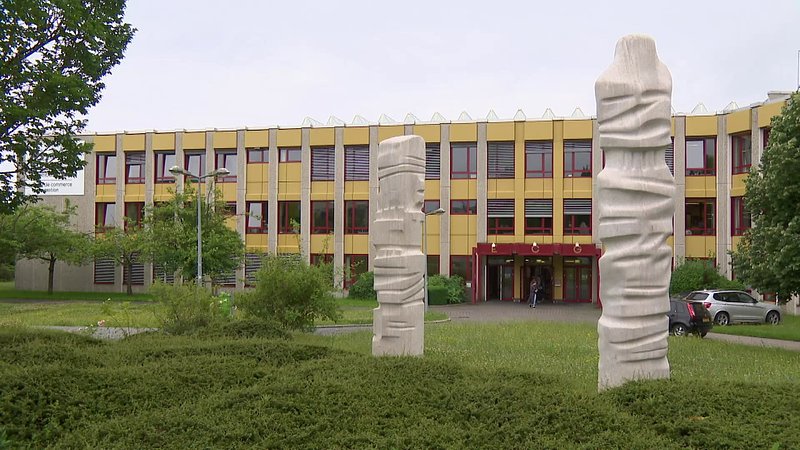 The principle of the ECG - "Ecole de Commerce et de Gestion" ("School of Business and Management") issued a letter on Monday, announcing that a number of staff members were forced to quarantine for the time being.

The letter further conveys that the measure should be considered temporary. Members of the secretariat and the directorate, as well as a number of teachers were forced to quarantine after being in direct contact with a confirmed case of Covid-19.

However, principle Britz emphasises that these were mostly precautionary steps, underlining that the ECG is not the source of a new infection cluster. Only one confirmed infection occurred in the institution, but that sufficed to trigger the subsequent measures.

The school has now switched to remote learning until Friday, when the holidays begin. Minister of Education Claude Meisch has given his blessing to the measure. Classes will now be held via TEAMS, and pupils have to be present. Tests have meanwhile been postponed until after the holidays. 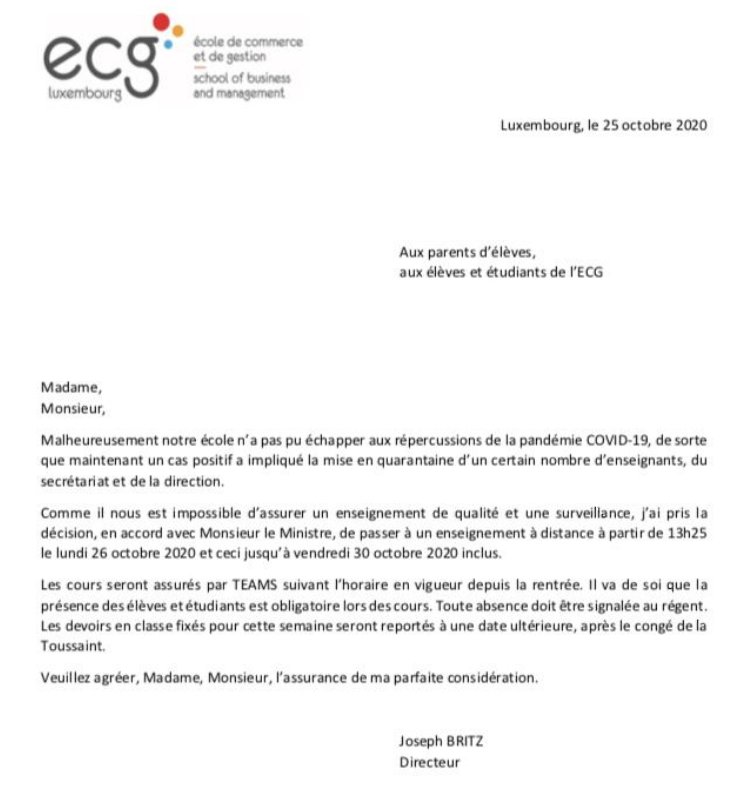