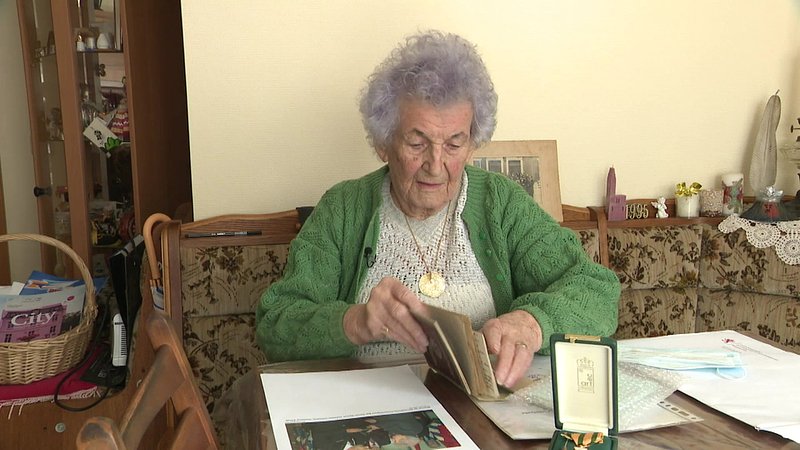 The 96-year-old was one of 3,614 Luxembourgish women who were forced to work for the German occupiers during World War II.

During the annual commemoration service in the capital on Saturday morning, a special plaque was installed to honour the memory of the Luxembourgish women who were forced to work for the Nazi forces.

Marie Bonichaux was one of them. Our colleagues from RTL.lu met with the 96-year-old, who recalled her life in during the period of occupation.

In 1942, Bonichaux first seemed to have escaped recruitment when heremployer put in a good word for her. This however only postponed the process by 6 months, after which new orders were issued that forced her to work for the Germans.

It was a heavy burden for the 16-year-old, as well as her parents. Together with seven other girls, Bonichaux was sent to a camp in Thuringia, Germany. She remembers how they tried to make the best out of situation, and still managed to go to the cinema on Saturdays. They also tried to get any news from their home country whenever possible.

Bonichaux made it through the war, and was eventually able to return home and reunite with her parents on 23 May 1945. After the war, she married, had two children, and travelled across Europe with her family in a camping van.

If you are interested to hear from her directly, tune in to RTL.lu tonight, where she will be part of a longer feature.