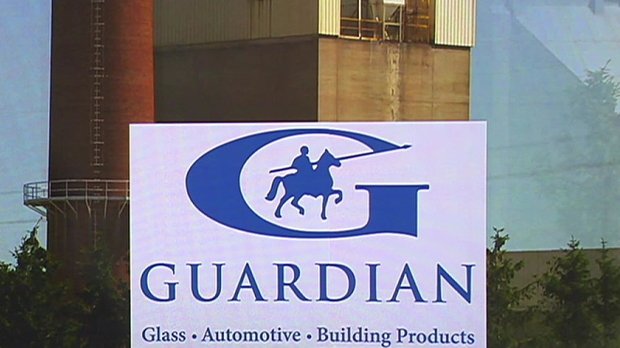 The independent union OGBL is only prepared to accept contract renewals as a viable option and wants avoid redundancy programmes at all costs.

Almost half of the 453 employees at the Guardian Luxguard sites in Dudelange and Bascharage are at risk of losing their jobs. The US American glass manufacturer decided in June not to invest in a new industrial oven in Dudelange and fuse both of their respective sites into one. After completion of said project, 201 jobs are at risk of being cut.

The personnel delegations were informed on Wednesday morning that the board of administration will soon begin negotiating contract renewals and might offer redundancy programmes at the beginning of September.

Alain Rolling from OGBL denounced this announcement, noting that it would leave the concerned employees without a real say in the matter. He is moreover convinced that the offers are just a pretext to gradually close both facilities over a longer period of time. This reason for concern is related to the fact that Guardian has yet to comment on whether or not it will continue investing in the Bascharage site, once the industrial oven will have outlived its use by 2021. Furthermore, operating the site in question with only 200 employees would be an absolute minimum. 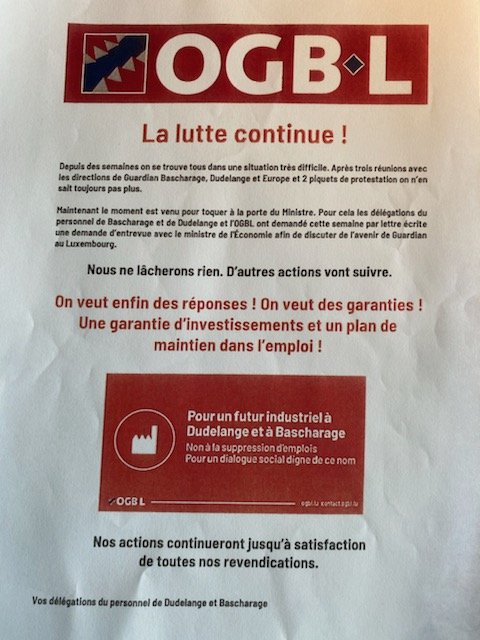 This flyer was handed out to the staff of Guardian at the beginning of August near the roundabout in Bascharage. / © RTL Mobile Reporter

OGBL is also critical of the lack of support from the government. After all, officials would have the means to exercise pressure on international corporations operating in the Grand Duchy, especially since Guardian has been in Luxembourg since the 1980s. Rolling regrets that neither of the responsible ministers have taken a supportive stand on the issue: "We feel left alone in this fight against a global player where we do not stand a fair chance."