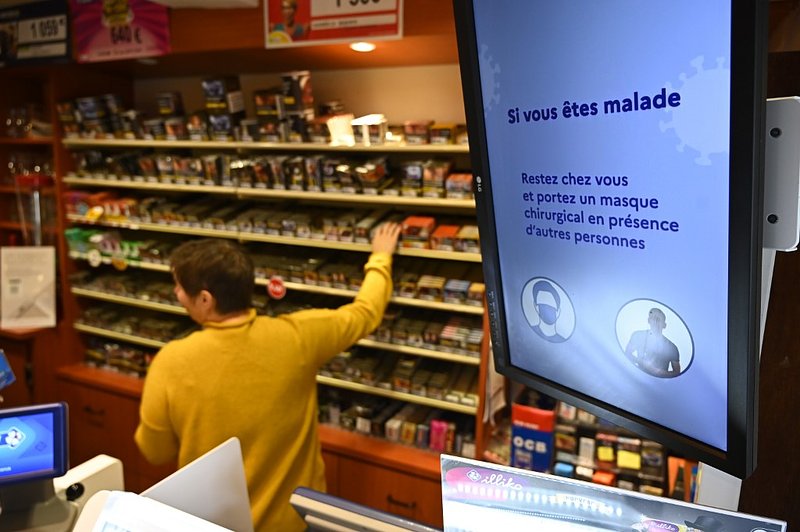 Due to a new law, French residents are only allowed to bring back one carton of tobacco from Luxembourg instead of four. However, it seems like not much is going to change for certain tobacconists…

Recently, the French government decided to reduce the quantity of tobacco its residents are allowed to bring back from neighbouring countries. While people were previously allowed to bring back up to 1 kg, the new legal quantity is a mere 250 grams of tobacco, i.e. one carton instead of four. Eager shoppers are thus risking major fines, if they get caught with arms full of tobacco by French customs in the future.

However, the new measure does not seem to spark major enthusiasm with French shops. One possible reason may very well be that a lot of them have already stopped selling tobacco a long time ago. Murielle Rogowski, manager of the La Mu Presse tobacconist's in Audun-le-Tiche for the past 20 years, is one of them: "The last tobacconist's who still sold tobacco in Audun-le-Tiche closed about 10 or 15 years ago… Before that, there were three of them!"

Rogowski states that in view of the Grand-Duchy's low prices "it would be pointless to continue this activity". However, she also explains that even if Luxembourgish tobacco prices "miraculously" aligned with the French ones she would still not go back to selling tobacco again. Like many other tobacconists, she makes most of her money with gambling: "60% of my turnover is Française des Jeux [the operator of France's national lottery games]".

"The measure will not be respected"

RTL has also spoken with another tobacconist (who prefers to remain anonymous) who is still selling tobacco: "It remains an emergency solution for people, otherwise they go to Luxembourg". An emergency solution which was on the rise during the sanitary crisis because cross-border workers could no longer enter the Grand-Duchy. "But when the lockdown measures were lifted, they did not stay", she admits.

She also does not believe that the limitations on tobacco "imports" from Luxembourg will change anything about this situation: "The measure will not be respected. Luxembourgish tobacconists will not check where their customers come from". There is of course the possible fear of customs and fines. However, the vendor predicts that if customs does not increase border controls, cross-border workers will continue to buy their tobacco in Luxembourg.

On the other side of the border, at Tabathèque in Esch-sur-Alzette (Rue Jean-Pierre Bausch), the owners are in any case not noticing any particular changes since the measure was announced: "No, we still have just as many customers. We were closed until 11 May, but since then business has picked up again", one of them explains. And indeed, their queues would seem to support this.

The president of the federation of service stations in Luxembourg, Roland Clerbaut, meanwhile told RTL recently that the sector is expecting a decrease in tobacco "tourism": "Service stations will surely notice it in their turnovers, but it's still too early to measure it".