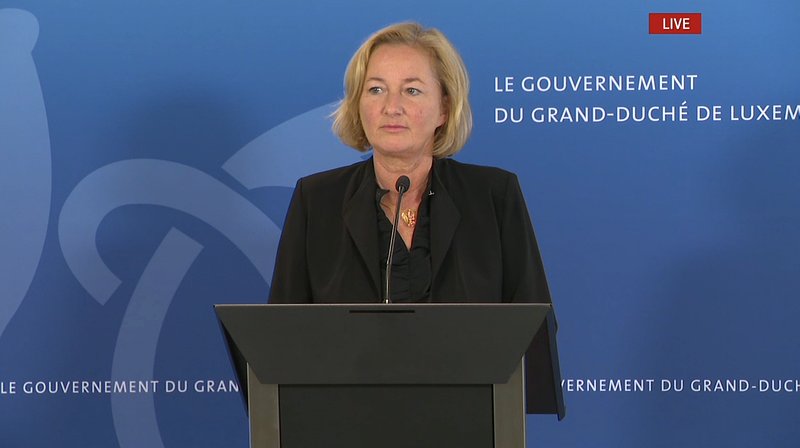 Luxembourg's Minister of Health Paulette Lenert held a press briefing this Wednesday afternoon. We have compiled a summary of the key points that were discussed.

Lenert began the press briefing by explaining that Luxembourg recorded a total of 684 new infections between 13 and 19 July. This number lay at 402 the preceding week. The number of tests that were carried out also increased from 64,454 to 94,031.

Key numbers at a glance

Note on terminology: Quarantine applies to people who have had high-risk contact with an infected individual and requires 7 days of staying home, while avoiding unprotected contact with others. Isolation applies to people with a confirmed infection, and requires them to be confined at home for at least 14 days after the onset of symptoms. More detailed definitions here.

Around 3,000 people have requested a virus test prior to going on a holiday. Officials are still working through the requests but so far 1,388 people received the green light to take a test. 819 individuals were denied a test because "they are travelling to countries that have not imposed restrictions," Lenert explained.

Lenert explained that 85 employees work around the clock to contact people who tested positive for the virus. An additional 40 employees are currently being trained to join the contact tracing teams.

If an individual has been quarantined, the ministry will call them several times (at different intervals) to check if they're home. If they don't pick up phone, authorities will go to the home of the person to check whether or not they have respected the mandatory quarantine. Fines of up to 450 euro apply if quarantine is breached.

Health officials refer to a virus cluster if three people or more test positive for the virus in one specific location or setting within seven days. Lenert explained that the ministry of health identified 33 clusters last week. 12 of them were found in schools, 5 in the care sector (nursing homes included), 3 in the hospitality sector, 6 in the construction sector, and 3 in the cleaning sector. Lenert reiterated that small private gatherings and the non-respect of basic precautionary measures remain the main source of virus transmission.

The limit for private gatherings remains 10 guests in addition to the household.