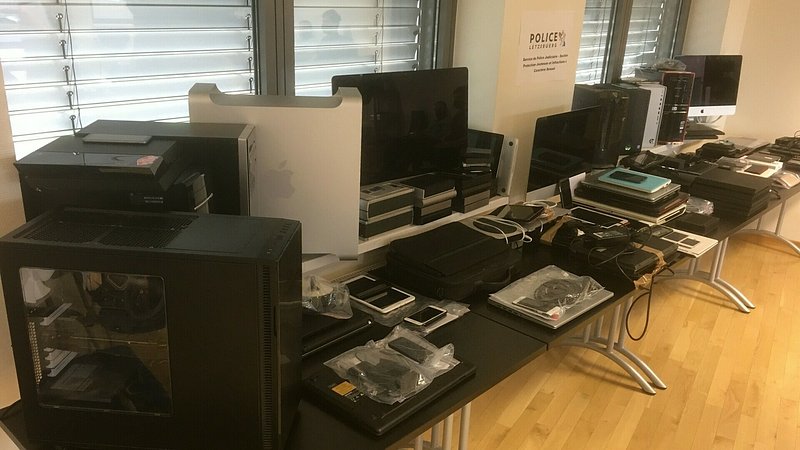 Police officers in Luxembourg carried out 46 searches from Monday to Thursday in relation to child pornography offences.

Police and justice officials revealed these figures at a press conference. 14 searches were carried out in the judicial district of Diekirch, with 32 others carried out around the capital. In total the searches required around 100 officers.

The investigator in charge remarked that over a third of those investigated as part of the the operation were minors - a fact he described as disturbing.

David Lentz, State Attorney for the prosecutor's office, said there were 46 individual files, not thought to be linked at this moment in time. The materials seized varied from a handful of images, to whole hard disks containing indecent images of children.
Initial reports suggested the cases are not linked to the recent child pornography affair in Bergisch-Gladbach, Germany.

Claude Weis, of the police force's child protection service, said the number of searches were just the first step.

The investigator cited one particular example of a chat found by police, in which two adult men discussed what they would do to a 10 year old girl. Weis said this was not one of the worst cases he had seen, and described child abuse as a global scourge.