The former deputy Prime Minister made an emotional appearance via video link at the Green Party's digital conference on Thursday evening.

On 22 August 2019, Luxembourg's political world was shaken by the news that the deputy Prime Minister and Minister of Justice, Félix Braz, had been placed in intensive care in Belgium after suffering cardiac arrest. It was the second shock for the government in a year, after then Secretary of State Camille Gira collapsed in the Chamber in May 2018 and later passed away.

Minister François Bausch, who shared some of Braz' duties with Sam Tanson following the incident, gave a reassuring update on Braz' health in late 2019.

Although Braz was not officially slated to appear at the first digital conference for the Green Party, his video message was met with much emotion and relief, in his first public appearance since his hospitalisation. The conference was broadcast on YouTube and Facebook on Thursday evening. 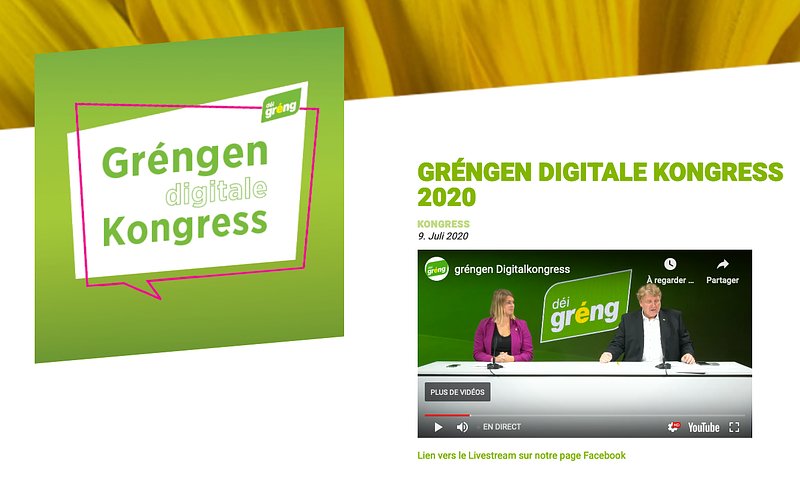 Here is a translation of Braz' message:
"Hello dear friends,

I'm at home again. Félix is ​​back! I was in the hospital for eight months after a heart attack, and I've been home for about three months. I am very happy to have returned and I look forward to participating in the next party congress and perhaps even giving a speech, as I have done with great pleasure at each previous conference.

I would just like to tell you that I am very happy to have come home, and that for the past few days, I have even been able to walk alone, without a walking frame.

Goodbye and see you soon, I hope!"