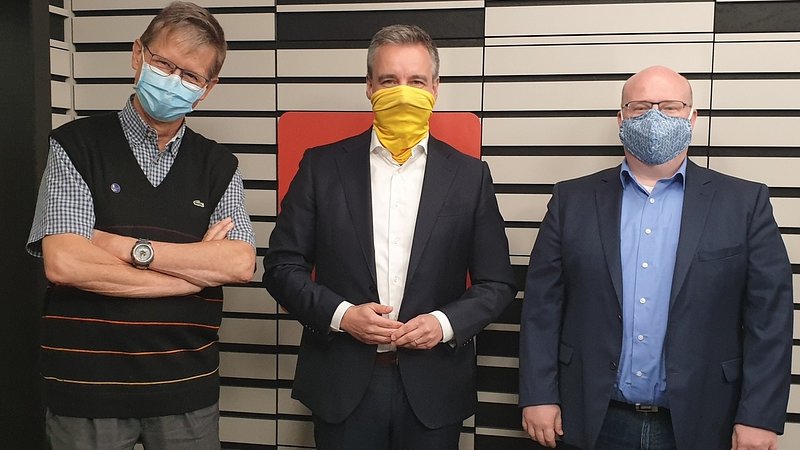 Meisch stressed that if there had been evidence that students and teaching staff were getting infected in school buildings, the ministry would not have decided to merge classes. The president of Féduse countered that the split classes had allowed teachers to better take care of the student's individual needs.

Dr Fernand Pauly pointed out that a certain risk factor still persists: the virus will not just disappear and will also remain an issue at the beginning of the new school year in September. Meisch agreed and stated that this is why schools needed to find out how they could hold classes with the virus still present.

Scholtes countered that not wearing any face masks and not keeping the necessary distance because classes are too big would actually raise the risk factor significantly. Recently, a number of secondary schools have made it mandatory for teachers and students to wear masks during classes for this reason. However, Meisch stated that there would be no nationwide obligation and that this decision would remain up to the individual schools.

Meisch insisted that the right to education was of greater significance and we could not afford a "lost generation". Thus, it could not be justified to only send students to school every other week for an extended period of time. The minister pointed out that it was not only up to the schools to impose restrictions in order to stop the spread of the virus. Many other sectors, where the virus is evidentially spreading at a faster rate, also had to take part.

When asked about a potential second wave, Dr Pauly stated that large scale testing had to become more appealing in order to avoid a second lockdown. Not only children are responsible, but adults as well and many of the latter are meeting an increasing number of people during leisure activities, often without wearing a mask or keeping their distance.

Meisch assured that it had also been proven that students did not catch the virus inside their school buildings. He cited a school in Wiltz as an example where multiple children were tested positive for coronavirus. However, the children are related to each other.

According to Meisch, after the entire school had been tested it was evident that none of the other students and none of the teachers had been infected in the school itself.

In fact, most often the parents are tested positive first which then results in the children being tested as well. Meisch thinks that this is also evidence that adults are infecting children and not the other way around.

The minister stated that about 20 primary and secondary school classes are currently in quarantine. The affected students have to stay at home and get tested. The test results will be analysed alongside the Ministry of Health before the summer holidays.