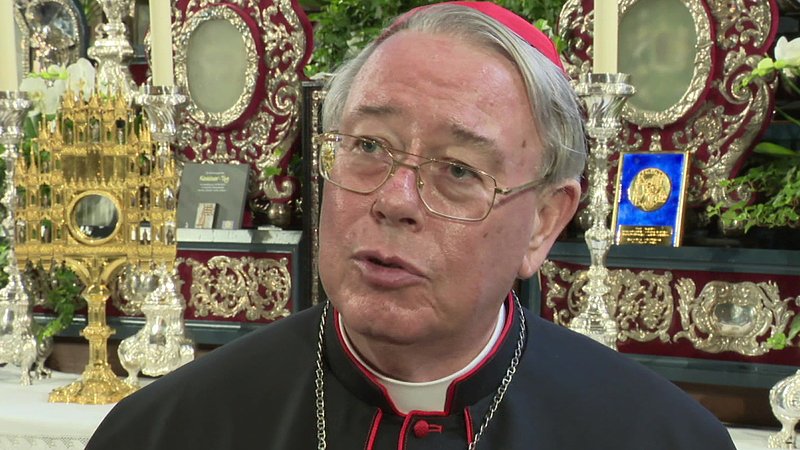 The coronavirus has left nothing and no one unaffected. Even the Church has felt its impact, and although this Sunday saw the end of the Octave celebrations, the city centre was unusually quiet. Yet the silence was not complete, as Cardinal Jean-Claude Hollerich used the opportunity to address what he saw as a government failure.

Unfortunately, unlike last year, we will not be able to provide any photos of the occasion, but we are all hoping for a swift return to normality.

Renée Schmitt, "Digital Oktav" organiser:
We do hope that we can celebrate the Octave properly again next year.

At this point in time, the return of communal Mass remains suspended until further notice; and it was on this topic that Cardinal Jean-Claude Hollerich - via livestream - had something to say. According to the Archbishop, the Church had tried to get in touch with the minister of state in order to discuss the reopening process, having sent over a plan outlining a protection scheme for Mass attendees. However all they received in return was a statement from the Ministry of Health banning all cultural events.

Jean-Claude Hollerich, Luxembourg Cardinal:
This is supposed to be a participatory democracy. This means that social agents cooperate. It's only natural that when a crisis such as this shakes the country to its core, we all want to collaborate responsibly.

The cardinal expressed disappointment in the government's current stance, especially regarding the country's religious communities.

Jean-Claude Hollerich:
I have spoken to bishops from other countries: they were appalled. Freedom of religion is a fundamental human right. Evidently this right needs to be weighed up alongside other rights during a pandemic.

Because of this, the Church had acted accordingly and cancelled a live Mass with people, but the fact that all communication remained unilateral was disrespectful.

Jean-Claude Hollerich:
It makes no sense for us to get no response. Some people have told me this is deliberate, but I don't believe them. I think they just don't care.

Digital stream of Masses around the Octave celebrations garnered up to 22 000 viewers.