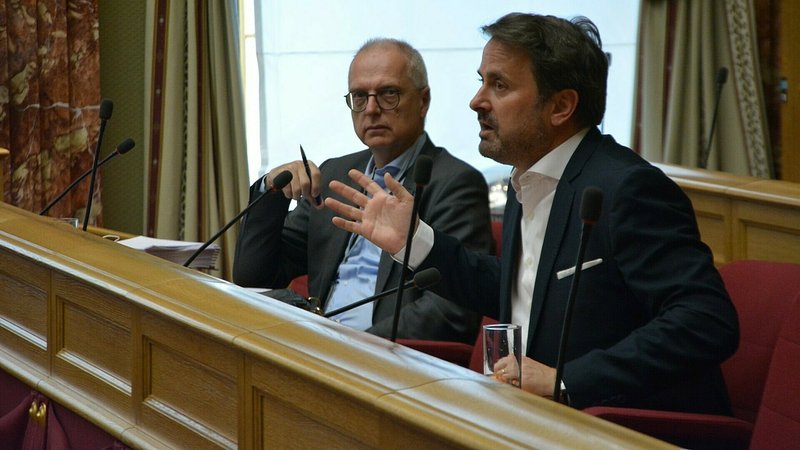 Due to the current pandemic, the prime minister will not give his state-of-the-nation address as usual in May. Instead, the address has been postponed by 3 months.

On Friday, Prime Minister Xavier Bettel and the director of the healthcare sector, Jean-Claude Schmit, attended the Chamber of Deputies for a final discussion with the Conference of Presidents.

The next public sessions of the Chamber are not until the week of 4 May.

The national reform programme as well as the stability pact, which together form the economic projections for the following years, have to be sent to Brussels by 30 April at the latest.

They will be presented to the responsible commissions via videoconference in the upcoming week. The commission prepares its national recommendations based on these national figures and political orientations. Usually, the reform and stability programme is presented publicly alongside the state-of-the-nation.

Due to Covid-19, this address has however been postponed and is now planned to take place in July.

A number of MPs have requested to receive the results of a number of studies about the coronavirus in Luxembourg, stressing that all their findings should be released automatically.