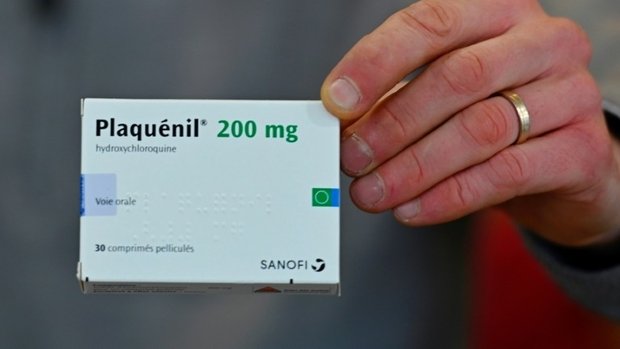 Antimalarial drug hydroxychloroquine is being trialled in hospitals around the world. The drug is dismissed by some and hailed as a potential cure by others - but what is Luxembourg's stance on the drug?

Hydroxychloroquine, usually sold under the brand name Plaquenil, is a medication used to prevent and treat malaria. The drug has received a fair share of attention as hospitals trialled it around the world to treat coronavirus patients. RTL's Annick Goerens questioned health officials to find out more about how the drug is being used in Luxembourg.

The Grand Duchy's high council of infectious diseases (Conseil supérieur des maladies infectieuses) has named the antimalarial drug as one of the options Luxembourg doctors have to treat coronavirus patients.

Chief medical officer Dr Jean-Claude Schmit told RTL that the drug only becomes an option if patients experience complications or if they are part of high-risk groups. Patients who have been diagnosed with pneumonia or who have a medical history of cardiovascular problems, diabetes, or similar conditions may fall in this category and could qualify for a hydroxychloroquine treatment.

French doctor and director of the Research Unit in Infectious and Tropical Emergent Diseases (URMITE) in Marseille Didier Raoult has become the standard-bearer for those in favour of the drug. But how efficient is hydroxychloroquine in treating patients suffering from the novel virus? Dr Jean-Claude Schmit formulated a cautious assessment: "There are various studies involving comparatively small numbers of patients, which makes it difficult to draw definite conclusions," the veteran medical officer explained. Some laboratory tests on cell cultures, he added, "have clearly proven a kind of activity." These findings are used as the legitimising basis to argue that the drug could also trigger antiviral activity in coronavirus patients. Dr Schmit stressed that there has not yet been a large-scale and conclusive study that would unequivocally prove the efficacy of the drug in the treatment of Covid-19.

Luxembourg is one of the seven countries that participate in the large-scale French "Discovery" project. The country's participation in the pioneering study was unveiled three weeks ago. The recruitment of patients officially started this week as formalities regarding patients' rights delayed the kick-off.

A second problem that the project posed, Dr Schmit explained, is the availability of certain medications. The study involves four experimental methods of treatment. Some of the drugs had to be imported, which caused further delays.

In theory, it is now up to individual doctors to decide whether or not their patients could be fitting candidates for the clinical study.