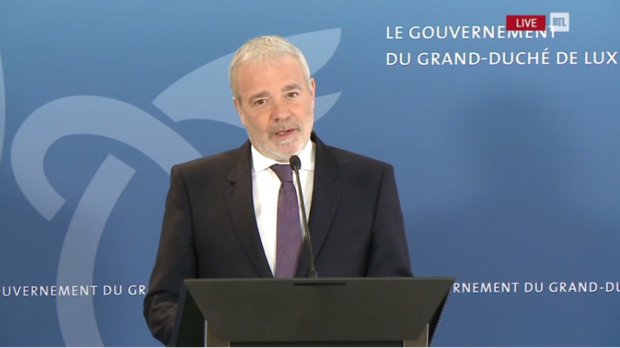 Minister of Labour Dan Kersch held a press briefing earlier this Tuesday. We have compiled a summary of the key information.

The minister explained that the state has unblocked €370 million to cover advances of short-time working schemes for companies. Almost 10,000 companies successfully applied for the financial aid - around 180,000 salaries were paid by the state.

Dan Kersch argued that the short-time working schemes (more widely known as "chomage partiel") were one of the state's key stablisation measures to shield individual companies and Luxembourg's economy more generally. Companies now also receive advances, which means employers no longer need to cover salaries out of their own pocket in advance. Many companies and employees are nevertheless considerably impacted by the ongoing crisis, Kersch conceded.

The minister explained that it was now also up to the country's banks to accept the "moral challenge" and play their role in the fight against economic hardship. This is also a question of "economic intelligence" because nobody would benefit from economic collapse, the minister stressed.

Employees on short-time working schemes receive 80% of their usual salary. The maximum is capped at 2,5 times the minimum wage. Employees who normally receive the minimum wage will still receive their full salary despite being on a short-time working scheme, Kersch emphasised. The government's focus is on those who are most financially vulnerable.

Use and abuse of state-funded financial support

Dan Kersch stressed that the support paid by the state as part of short-time working schemes was strictly intended for the salaries of employees. Misuse will be penalised and treated as fraud. According to the minister, there were rumours of several companies not paying the full amount due to their employees. Kersch explained that he was planning on bringing to life a new law that would trigger harsher punishments for similar offenses. The vast majority of companies, he stressed, nevertheless respected the regulations.

Another key point of discussion revolved around extended working hours. 19 companies applied for the extension of working hours of employees to weather the ongoing crisis. 15 applications were successful. 12 of them came from the care sector, two came from security companies, and one came from the waste management sector.

The minister reiterated that employees who are currently on short-time working schemes cannot be fired for the duration of the crisis.
"Luxembourg may see an increase in unemployment after the end of the crisis, there is no doubt about that, but we will be prepared," he added.

Many parents also took advantage of the additional leave for familial reasons.