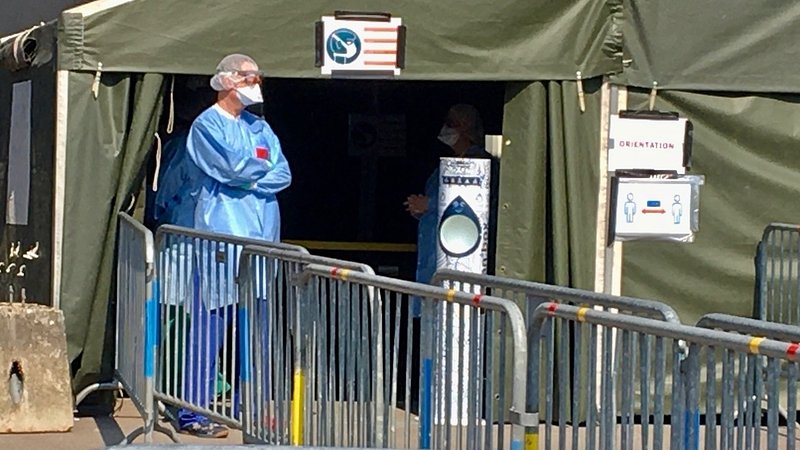 On average, 330 people pass through the four national care centres on a daily basis, while on Thursday morning, the centre in Ettelbruck's Däichhal treated 10 patients per hour.

The four centres, which opened over the course of last week, are designed to replace GP surgeries and relieve pressure on hospitals.

Up to five doctors, nurses, and nine volunteers form the staff in Ettelbruck each day, where patients can attend between 8am and 8pm. Patients can visit on their own initiative, or following telephone consultations with their GP.

Patients arriving at the care centre are taken to orientation in a tent outside the Däichhal complex, where they are separated depending on their symptoms.

Those deemed to be potentially infected by coronavirus are treated in a separate area to other patients, with 10-15% of visitors treated for other illnesses. Pierre Hertz, the initiative's coordinator, said this was likely due to patients with non-threatening symptoms accepting treatment over the phone.

Potential Covid-19 patients can be tested on the spot, or directed to hospital depending on the severity of their symptoms. The Ettelbruck centre, like the others, also boasts a drive-in test station for those who have already received the prescription from their GP.

Each centre also has an on-site psychologist to support patients suffering from anxiety or depression, as well as staff and volunteers who are struggling to adapt to the new circumstances.