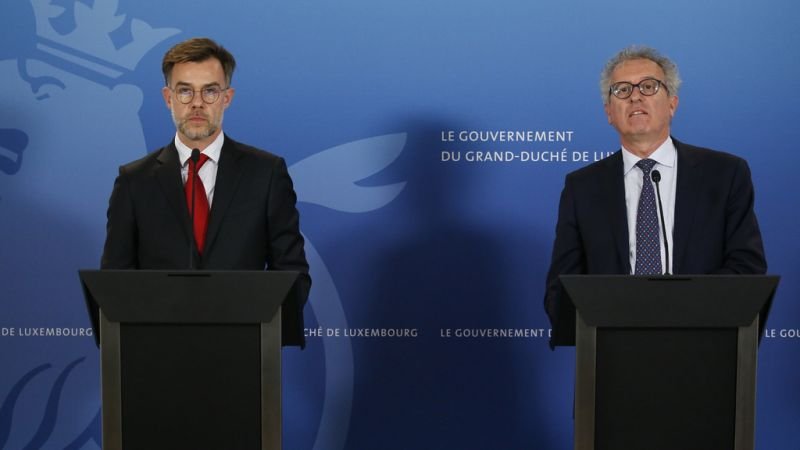 The coronavirus outbreak has sent shock waves through the world's financial markets - and the Grand Duchy was not spared. The government's stabilisation package is designed to stabilise the national economy and financial system.

The government is set to mobilise €8.8 billion in order to soothe the reeling economy. This amount is synonymous with 14% of Luxembourg's GDP. Minister of Finance Pierre Gramegna explained that the package is hoped to "keep Luxembourg's companies fit."

The government will try to meet each of these objectives by implementing a number of measures. It was stressed that the measures are as unbureaucratic as possible in order to provide immediate financial relief.

The ministers explained that small-sized businesses (counting 9 employees or less) that had to close will receive a direct payment of €5,000 from the state. This amount does not have to be paid back.

Companies (of all sizes) can apply for a financial aid amounting to up to €500,000 to cover their operating expenses. This financial aid has to be paid back eventually.

The government has also found agreements with banks to postpone the reimbursement of existing credits. This should allow businesses to overcome current cashflow difficulties.

Luxembourg will also adopt a state guarantee scheme for new bank loans of companies (a maximum of six years applies). The government has agreed to cover 85% of the risks.

Companies can apply to be exempt from social contributions for the first two quarters of the year.

The short-time working scheme ("chomage partiel") is a key measure to maintain employment and to fight against dismissals, Franz Fayot stressed. As Prime Minister Xavier Bettel explained earlier this week, the state will cover 80% of salaries of employees working for a company that was directly impacted by a government decision.

The state's investment bank SNCI is a key ally in the fight against harsh economic repercussions. The bank will, among other things, provide up to €600 million in loans to ailing companies.

Franz Fayot stressed that the government would go the extra mile to make sure that no company or employee is left out in the rain. The stabilisation package may be adapted depending on future developments and evaluations.