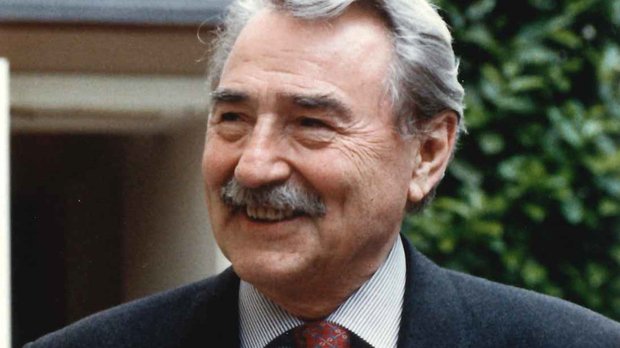 Marcel Mart was a key figure in Luxembourg's political sphere for decades. The former DP politician and minister passed away this Friday at the age of 92.

An icon of liberal Luxembourg has passed away this Friday. Marcel Mart was Minister of Economy, of the Middle Classes, Tourism, and Energy between 1969 and 1977. He dedicated his life to the Grand Duchy and to Europe.

He was born on 10 May 1927 in Esch. Mart studied economics at the university of Montpellier in France and initially worked as a lawyer until 1956. He was also an eager journalist and mainly covered the European institutions between 1955 and 1960 for "Agence Europe." He assumed the role of representative spokesman of the European Coal and Steel Community between 1960 and 1964. Until 1966 he was also the director of the information office of the European Community in New York. After that, he presided over the "Information for Third Countries" unit in Brussels.

Mart was also active for Luxembourg's Democratic Party. During his time as Minister for Transport, he did not shy away from taking unpopular decisions such as introducing speed limits, training periods for new drivers, alcohol checks, making seat-belts mandatory for drivers, and making helmets mandatory for motorcyclists.

Mart also played a key role when the petrol crisis broke out in 1973. Car-free Sundays entered Luxembourg's history books in this context. The crisis also the birth of a polarising project: a nuclear power plant was about to be built in Luxembourg to make the country independent in terms of energy production. The former DP politician was a vocal advocate of the controversial project.

He also played a key role in other major societal reforms like the introduction of the divorce law and the liberalisation of the abortion law.

Mart left the government in 1977 and became a member of the European Court of Auditors. After his mandate, he assumed the role marshall of the court at the Grand Ducal household in Luxembourg.

Mart leaves behind a wife, two children, and 5 grandchildren.