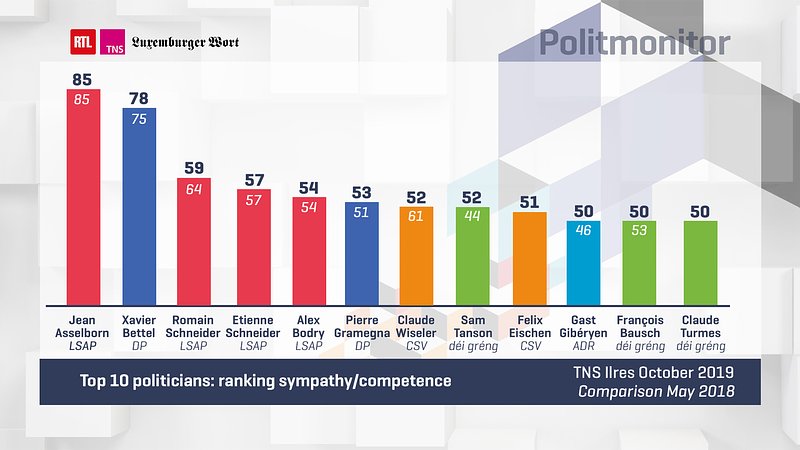 The latest TNS-Ilres Politmonitor survey has revealed that Green politicians are both the winners and losers in terms of public favour. However, LSAP minister Jean Asselborn remains the overall public favourite.

The findings of TNS Ilres's Politmonitor survey for RTL and the Wort has designated Carole Dieschbourg as the biggest loser in terms of falling out of public favour. Comparing Dieschbourg's standing with the previous survey in May, the Green Minister for the Environment has plummeted in popularity thanks to the garden shed controversy. The minister has lost 17 likeability points and 19 competence points, keeping 42 likeability and 43 competence points.

However, it is another story for her party colleague Sam Tanson, who has become more popular as she has taken over the mandate of Minister of Justice alongside remaining Minister for Culture. Tanson has won both seven and eight points in both classifications, ranking 8th in general with a score of 50 likeability points and 53 competence points. This now makes Tanson the most popular politician in the Green party. 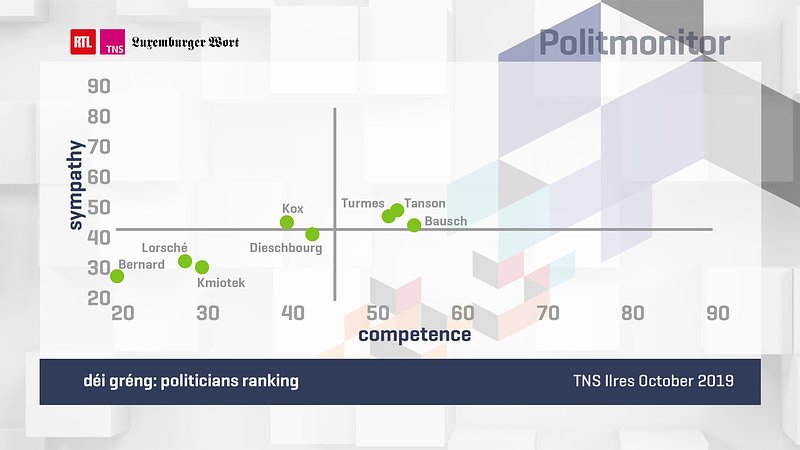 TNS Ilres's Tommy Klein has analysed the results, stating that Tanson has benefited from the public's general perception of her over the past months. Steadily, the minister has been considered both more likeable and competent as she has fulfilled her mandate. He added that Dieschbourg's drop in popularity is very clearly linked to recent events.

Most popular politician - not the Prime Minister

Who takes the helm as most popular politician? LSAP Minister of Foreign Affairs Jean Asselborn has kept his title, scoring 86 likeability points and 84 competence points. This gives Asselborn a comfortable lead ahead of DP Prime Minister Xavier Bessel, who has seen a slight improvement in his score of 78 and 77 points. According to Klein, Bettel lacks the approval of CSV voters. Klein added that it will be difficult for Bettel to appeal to this demographic in current times. 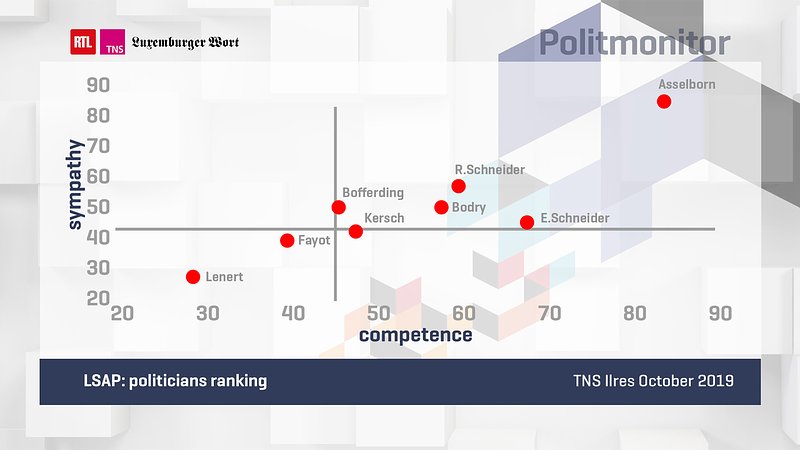 Finally, the third person to climb onto the popularity podium is LSAP minister Romain Schneider, scoring 59. However, competency points alone would make LSAP colleague Etienne Schneider third, as he scored 68 points in the domain of competence, but fell short in likeability. Likeability alone would place CSV MP and secretary general Felix Eischen in third place.

The most popular opposition politician remains CSV MP Claude Wiseler, the former lead candidate. Whilst ranked 7th overall, Wiseler has nevertheless lost 8 and 12 points. He remains ahead of his successor as party leader in the Chamber, Martine Hansen. Hansen also lost 4 likeability and competence points. 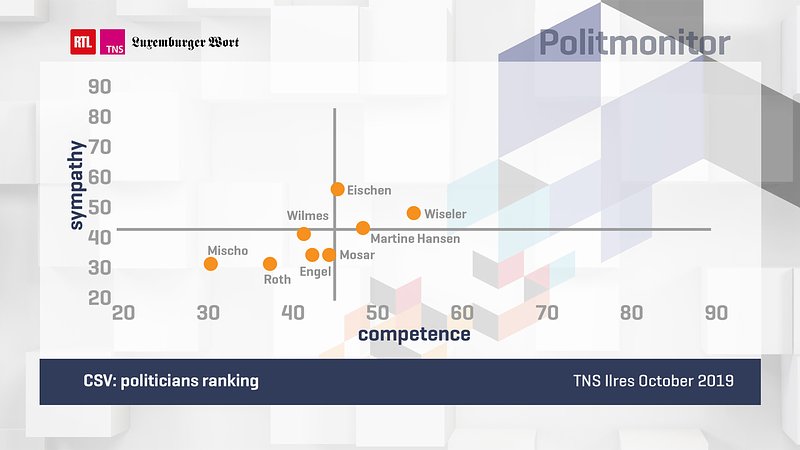 Ranked tenth is ADR MP Gast Gibéryen. New apparitions in the survey are CSV president Frank Engel and CSV MP Serge Wilmes, the rivals who battled it out for the party leadership. Whilst Engel did win the contest and became the head of the party, Wilmes is considered more popular with 42 likeability and competence points. Engel, on the other hand, only scored a respective 35 and 43. Klein's analysis is that their rankings were as close a call as in the leadership contest, and both politicians have their strengths in different domains. 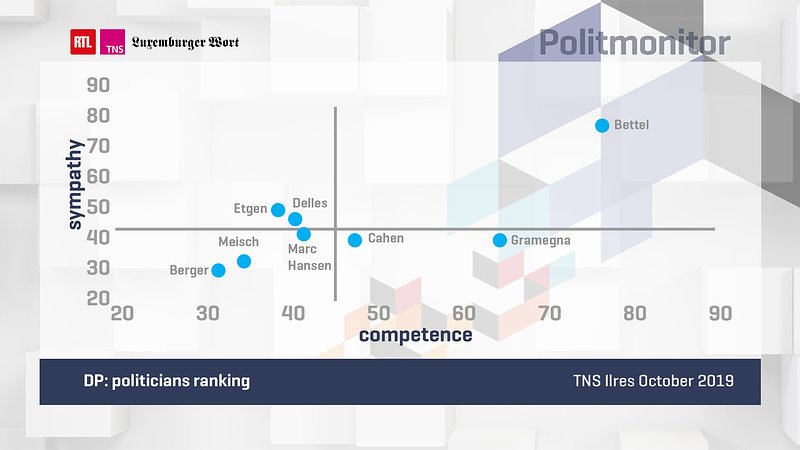 DP president of the Chamber of Deputies has also lost 7 competence points and won 1 likeability point.

For more information on the methodology and the questionnaire, visit www.alia.lu