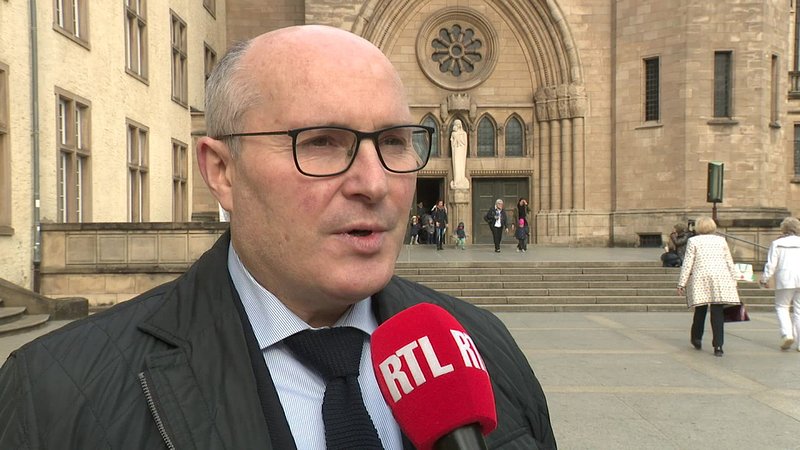 The Diocese of Luxembourg announced on Tuesday that Leo Wagener's auxiliary bishop ordination will take place on Sunday 29 September in the Notre-Dame Cathedral.

The cathedral will be open from 2 pm onwards. Members of the public seeking to witness the ordination are asked to enter the cathedral via Rue Notre-Dame and be seated before 2.45 pm. The event will be accessible to wheelchair-users as well, who are kindly asked to register via phone (462023-32) or email (events@cathol.lu) by 20 September.

Ahead of the ordination, there will be two evening masses on Friday 27 September, one at 6.30 pm in Walferdange and the other at 7 pm in Hoscheid. Those who wish to celebrate the occasion of Monseigneur Leo Wagener's ordination can do so by donation to the Fondation Saint-Irmine, either for the Church's future fund or the reception of two refugee families in Luxembourg. The transfer reference should detail either "Ordination épiscopale – Fonds d’avenir" or "Ordination épiscopale – Accueil réfugiés" to the following bank account: CCPLLULL LU63 1111 7017 0305 0000.

The main consecrator at the ceremony will be Archbishop Jean-Claude Hollerich, assisted by Monseigneur Fernand Franck, former Arshbishop of Luxembourg, and Monseigneur Georg Bätzing, the Bishop of Limburg.

The ordination will be streamed live from 3 pm onwards on www.cathol.lu