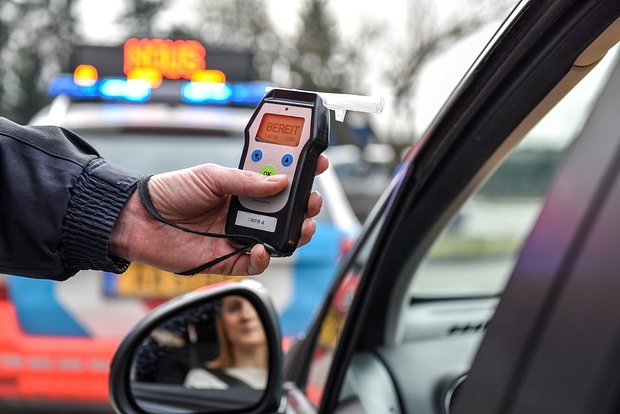 Luxembourg's police have launched a series of 'daily questions', where they answer common questions and clear up misconceptions on their Facebook page. So far, questions have revolved around alcohol and driving.

What is the legal alcohol limit, and how is it measured?

The first question concerns the basics - the legal alcohol limit and how exactly it works. While it isn't recommended to drink and drive in the first place, the legal values can be found in the table below in mg/L or ‰.

To measure the alcohol content of an individual, officers use a breathalyser test to establish the amount of alcohol per litre of exhaled air (mg/L). Police officers especially tend to carry out alcohol tests after accidents with physical injuries, as every one out of five times, the cause behind a crash is alcohol.

What are the legal consequences of drunk driving?

This of course depends on the alcohol content. When the content measured is over 0.55 mg/L, the driver's licence is temporarily retracted. In the case of a court session, a driving ban of between three months and 15 years can be imposed, with an additional fine of up to €10,000.

Additionally to this, officer can remove six points from your licence, which are restored if no further offences are recorded. Further to that, you can also risk a prison sentence of between eight days and three years.

How come officers can confiscate cars in addition to driver's licences?

Given that a driver found with a limit over 0.55 mg/L commits an offence technically punishable by a prison sentence, the guilty driver is also liable to be fined and have their vehicle seized temporarily.

However, things change when it comes to repeat offenders. If you're found to drive whilst over the limit by a large margin, namely 1.2 mg/L and do so again within a short period - three years - you run the risk of not simply having your vehicle seized, but permanently confiscated. In this scenario, the driver in question then has to acquire a new vehicle. The police have highlighted that this is more common than thought and that drivers should be aware of the legal consequences.

Drunk driving: Can you lose your driver's licence as a cyclist?

The police have also provided clarity on whether cyclists are liable to lose their licence.