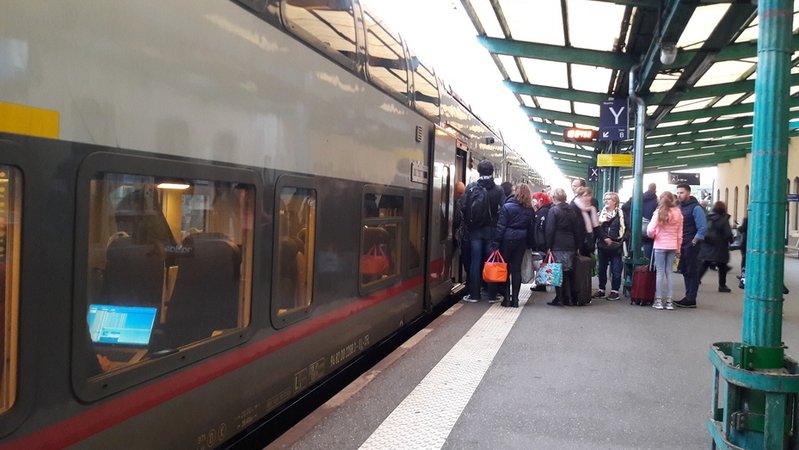 On the one hand, the SNCF will be accelerating its updates on its TER lines and on the other hand, Luxembourg wants to update its rail security line...but the two rail networks are planning updates on differing schedules.

Unfortunately, cross-border workers will be in the middle of the rail mess, having to suffer through chaotic changes as of 1 January 2020.

The joint director of TER-Grand Est deplored the lack of cross-border cooperation on Tuesday evening. Jacques Weill was at a meeting in Uckange held by the regional transport services committee.

One thing remained certain, according to Weill. The first three months of 2020 will be 'difficult' for TER users travelling between Nancy, Metz, Thionville, and Luxembourg.

The issue resides in the fact that the CFL and TER are operating along conflicting schedules. As of 2017, all CFL trains adopted the new signalling and management standards set by the European Rail Traffic Management System (ERTMS).

Luxembourgish authorities have set 1 January 2020 as the date for which all trains travelling through Luxembourg must be fitted with the new ERTMS systems. This drive to have trains set to the standards originates in part from the February 2017 rail accident in Dudelange, which was partly caused by a fault of the old security system.

However, France never intended on having its trains updated to ERTMS standards at such an early date. The SNCF update for TER trains is set for 2021, but as Weill explained, the SNCF has done as much as possible to push its schedule forward by 15 months. As a result, SNCF will finalise TER updates by April 2020, months after Luxembourg's scheduled deadline. 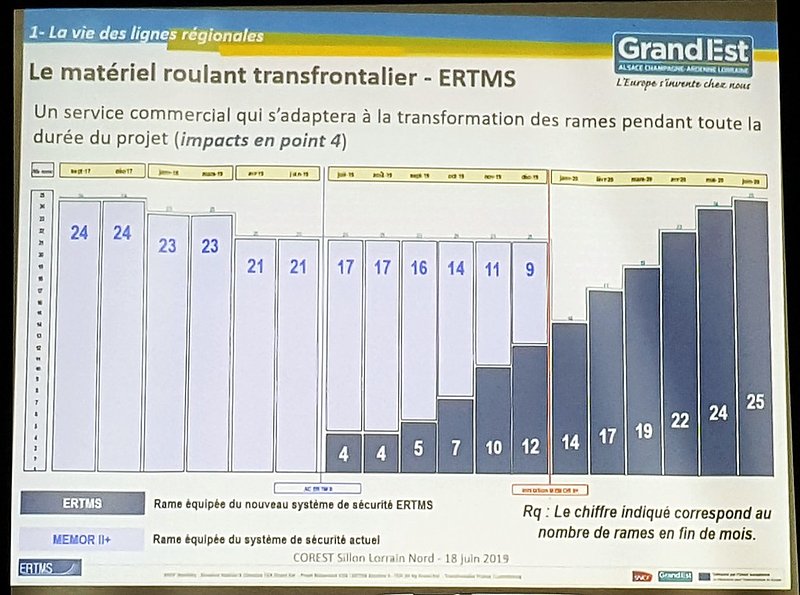 In light grey - trains not equipped with ERTMS updates. In dark grey, the trains due to be updated from July 2019 to April 2020. / © COREST

Weill deplored that the Luxembourgish authorities remain inflexible, rejecting any exemptions for the first quarter of 2020. As a result, the remainder of TER's fleet which has not been updated will not be allowed to travel through the Grand Duchy.

Only half of TER trains will be equipped by 1 January 2020, corresponding to a dozen. A remaining nine trains will be compatible as of April 2020, followed by two more in June 2020.

What exactly are the consequences?

As Weill explained, only half of TER's two-level fleet will be able to travel to and through Luxembourg in the first quarter of 2020. The remaining trains will be limited to French journeys.

This in turn will lead to a correspondence system. The first commuters of the morning will be fortunate, able to travel on trains going straight to Luxembourg and arriving in Luxembourg up until 7.15am.

As Weill warned, the first three months of 2020 are due to be difficult for commuters. The SNCF is working on a transport plan to best fit commuters, but Weill was unable to guarantee exact details. All he revealed was that the rail operator will attempt to ensure that waiting times between trains will not be long, being less than 15 minutes in most cases. 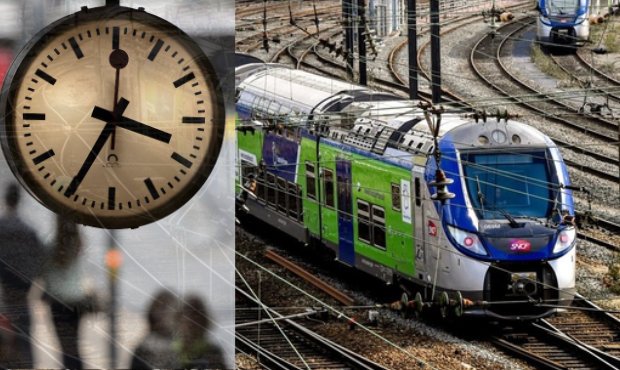 Additionally, the SNCF will add trains from the Grand Est region to reinforce the Nancy-Thionville line in order to dedicate the two-level trains to the journey between Thionville and Luxembourg.

Weill was only able to promise that the SNCF will do its best to limit the consequences of the lack of compatibility in the first three months of 2020.

The time table should return to normal after April, unless Luxembourg offers TER trains three months of exemption from its new regulation.