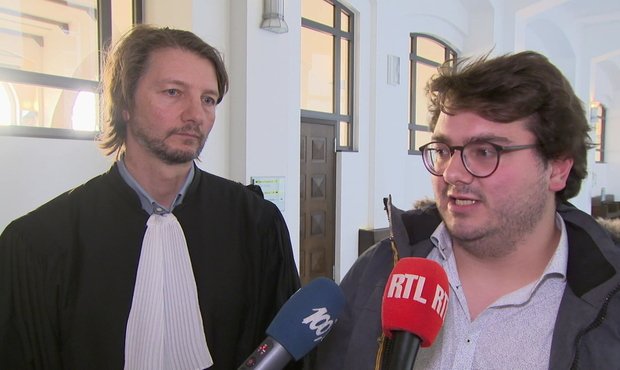 Did Tun Tonnar's FCK LXB song transgress (legal) boundaries or does it fall under the rubric of freedom of speech?

When artists and the law intermingle: the trial against the 25-year-old son of musician Serge Tonnar took place on Thursday afternoon in Luxembourg City's court. Tun Tonnar stood accused because of his song "FCK LXB", short for "Fuck Luxembourg."

The song did not sit well with some politicians, including two from ADR and Conservatives: ADR's Fred Keup and founder of  the Conservative Party Joé Thein.

AUDIO: Extract from the song "FCK LXB" by Turnup Tun

In a packed court room, with more police presence than usual, the charges were debated. Tonnar explained that that he did not wish to personally attack individual people but that he rather hoped to raise awareness about what he identified as a xenophobic attitude. The president of court questioned whether his criticism had not been too personal.

The president of court remained sceptical and said that the case was a question of boundaries and potential transgression. According to Tonnar, the word "fuck" was not an insult and the song would not have had the same impact without it, he claimed.

Tonnar's attorney Philippe Penning argued that the song was formulated exaggeratedly and pointed towards freedom of speech. The song was a legitimate reaction against identity politics of parties like ADR and déi Konservativ, he argued, adding that his client did not intend to harm anyone personally.

The representative of the public prosecutor's office saw this differently and argued that Tonnar's use of the word "fuck" was both vulgar and directed towards individual people in order to denigrate them. She added that personal attacks were unacceptable and that Tonnar had, in fact, transgressed boundaries. She demanded a €1500 fine.

The verdict will be rendered on 8 May.