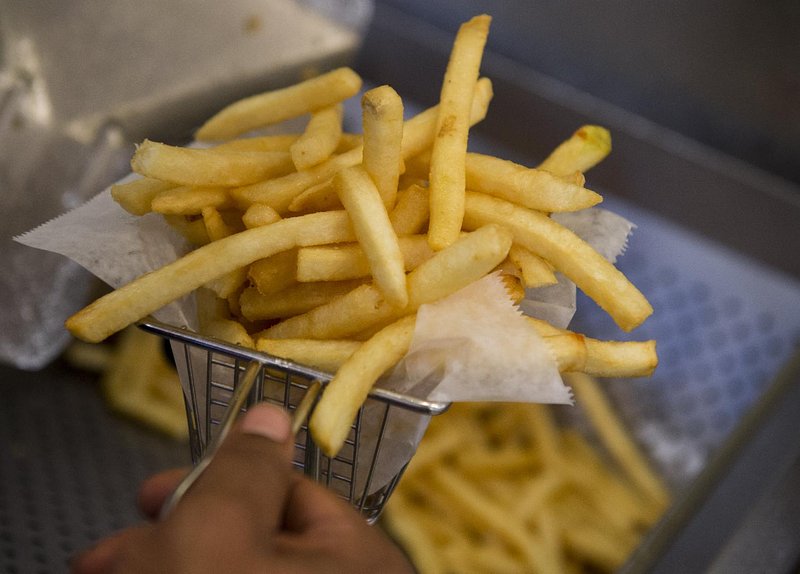 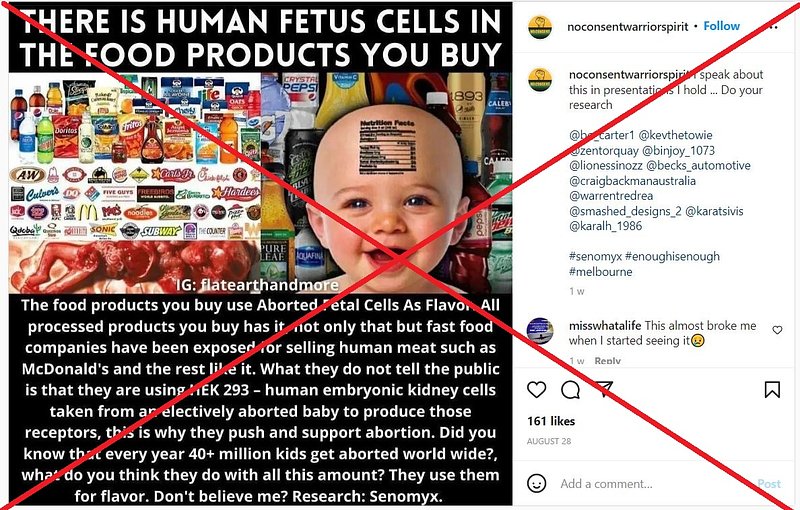 A screenshot of the misleading post, captured on September 7

HEK 293 refers to a "gold standard" cell line -- cultures of animal cells that can be replicated repeatedly and sometimes indefinitely -- developed in the early 1970s.

It has since been widely used in the development of medicines and vaccines, including in the Covid-19 jabs.

Senomyx was a biotechnology company that developed food additives. It was targeted by anti-abortion groups in the United States after it filed several patents here, here and here that mentioned the HEK 293 cell line.

The image has also circulated with the same claim in different countries, including the United States, Canada, France and the Netherlands.

Frank Graham, professor emeritus at Canada's McMaster University and the developer of HEK 293 cell line, told AFP that the cells are mainly used in the testing stage of drug and food product development and no foetus cells end up in any food products.

"I emphasise that in no case do 'baby parts' themselves ever end up in any drugs or vaccines or foodstuffs," he said.

Graham said he developed the HEK 293 cell line in January 1973, when he worked in the laboratory of Dr Alex van der Eb at Leiden University, in the Netherlands.

He explained the cells had been derived from a foetus that died from a pregnancy that ended prematurely.

"The end of pregnancy could refer to a spontaneous abortion (a miscarriage); or a therapeutic abortion [that is] deemed medically necessary to protect the life of the mother," he said.

Graham said the cells could not have come from an elective abortion as the Netherlands did not legalise abortion until 1984.

AFP reported on the HEK 293 cell line in October 2020, as it had been used in Covid-19 vaccine research. The report mentioned that Graham managed to modify the cells so they can divide ad infinitum.

In a 2012 interview with US magazine The Atlantic, Van der Eb said he had personally removed the foetus cell from a legally aborted girl, whose mother had consented to her remains being used for scientific research.

The HEK 293 cell line is one of the most widely used in the research and development of medicines, including drugs, vaccines and gene therapy at the testing and analysis stage, Graham said.

"The same applies in the food industry where 293 cell derivatives are sometimes used to analyse and test various properties of reagents that go into the development of flavouring compounds," Graham added.

According to a World Health Organization (WHO) report in November 2021, about 73 million induced abortions -- a common health intervention that is safe when carried out using an appropriate method recommended by the global health body -- take place worldwide each year.

The claim that fast food chain McDonald's sells human meat stems from a satirical website in 2014. The company told AFP in 2021 the claim is untrue and that it manufactured its products to the highest food safety standards.

AFP has debunked other misinformation about the foetal cell line and its use in the development of Covid-19 vaccines here and here.