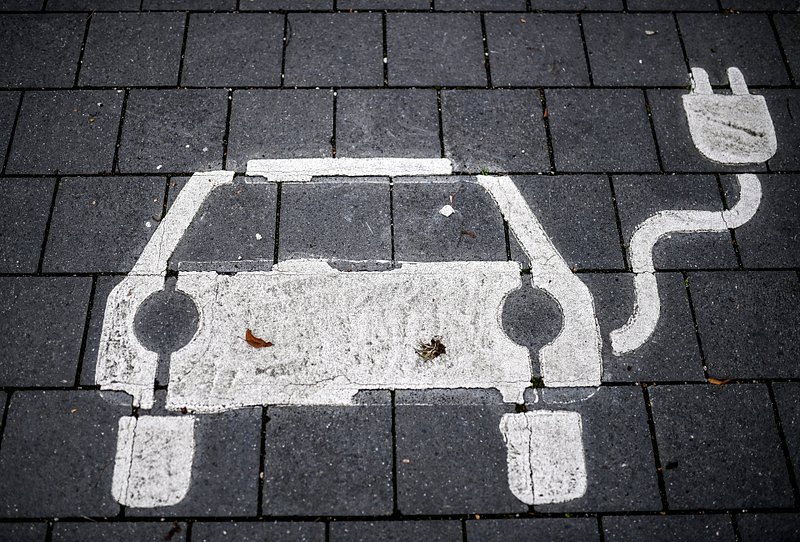 Social media posts shared repeatedly in Australia claim that "500,000 pounds (227 metric tonnes) of the earth's crust" is excavated to mine the materials.

"I have nothing against electric cars but let's not pretend they are God's gift to the environment," reads a tweet by Australian senator Matt Canavan, who represents the National Party, which is part of the ruling coalition in the government. 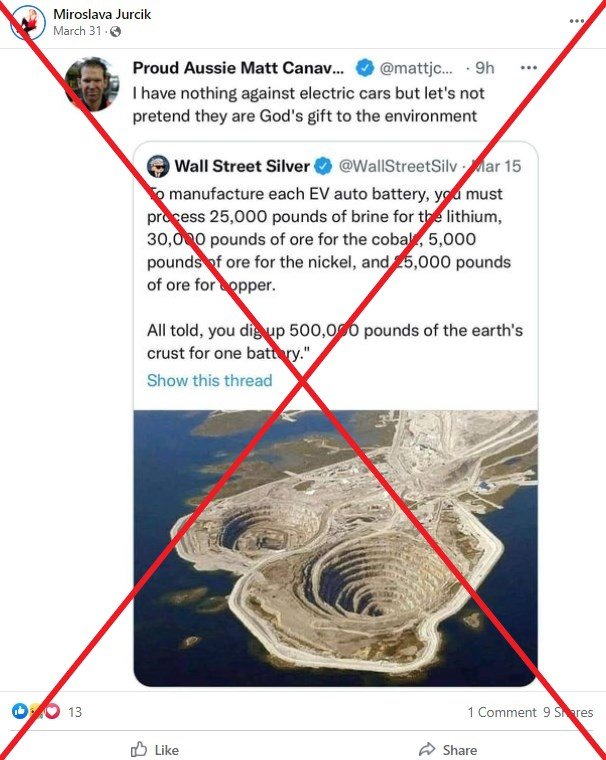 However, the claims are misleading.

Peter Newman, professor of sustainability at Australia's Curtin University, said the figures in the misleading tweet were a "gross exaggeration" and seemed to assume that only one type of electric vehicle battery was available.

"It is difficult to determine how much earth is displaced during the mining process," he said. "Factors such as geography, type/concentration of raw materials, and recovery rates all impact outcome."

Based on the type of EV battery, the raw material needed for each may require a different mining process and therefore a different amount of earth is displaced, Newman said.

The misleading claim that "500,000 pounds of the earth's crust is dug up to make one electric vehicle battery" appears to originate from a report by the Manhattan Institute, which has previously promoted climate change scepticism.

The claim was rebutted by experts interviewed by AFP.

Jake Whitehead, head of policy for the Electric Vehicle Council of Australia, said the amount of material moved during the mining of raw materials to produce electric vehicle batteries was "not the right metric for comparing environmental impact".

He said studies have shown the manufacture, maintenance, electricity production and consumption of electric vehicles were still lower than gasoline-powered cars.

"As outlined in a recent report by the United Nations' Intergovernmental Panel on Climate Change, [EVs] are critical to global decarbonisation and net-zero by 2050," he told AFP.

Marko Paakkinen, research team leader at VTT Technical Research Centre of Finland, said that while electric car battery production has an impact on the environment, so does oil production for gasoline-powered cars. The associated drilling, accidents, and spillages also cause environmental harm, he said.

The thousands of kilograms of oil consumed by gasoline vehicles are "also not recyclable, unlike battery metals and most other car components," he told AFP.

Berlin-based researcher Georg Bieker from the International Council on Clean Transportation said criticising the negative impact of mining for battery raw materials without also being critical of the impact of human consumption was a "common narrative".

"Nevertheless, it is correct to demand improvement", he said.

The photo in the posts has been shared in a misleading context.

Reverse image and keyword searches found it actually shows the Diavik diamond mine in Canada, which is owned and operated by the Anglo-Australian mining group Rio Tinto.

The original image was published by the Canadian regional news outlet NNSL Media.

Below is a screenshot comparison of the image in the misleading posts (left) and the image published by NNSL Media (right):